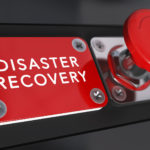 When it comes to assessing an organisation’s ability to recover from a disaster, a significant disconnect appears to exist between C-Suite executives and IT professionals. While nearly seven in every ten CEOs, CFOs or COOs feel their organisation is very prepared to recover from a disaster, according to a study conducted by Evolve IP less than half of IT professionals (44.5%) are as confident.

The Disaster Recovery and Business Continuity Survey finds that disaster recovery compliance serves as a clear driver of confidence in the ability to recover IT and related assets in the event of an incident. In fact, 67% of respondents in the banking sphere, 58% in the Government sector and 55% replying from technology companies feel very prepared.

Of these, disaster recovery compliance was noted as a requirement by 97%, 73.5% and 71% respectively.

However, the healthcare industry remains something of an ‘outlier’. Despite a high percentage (89%) of respondents noting disaster recovery compliance requirements, only just over half of respondents at healthcare organisations feel very prepared to recover from an outage or incident.

The report also highlights that organisations need to expect the inevitable as approximately one third (33%) of companies report having suffered from at least one incident or outage that required disaster recovery. Hardware failure/server room issues remain the leading cause of an outage, as stated by 48% of respondents.

Deliberate attacks being the cause of an incident or outage were cited twice as they were for the 2014 survey. This year, 13% of respondents note attacks as the cause of an outage, up from 6.5%, while other foremost causes include power outages (28%), environmental disasters (25.5%) and human error (19%).

Reality of the threat

It’s perhaps the reality of the threat, as experienced by IT professionals, that has consistently placed cyber attack, data breaches and IT/telecoms outages among the Top Three concerns for business continuity professionals. That’s according to the Business Continuity Institute’s latest Horizon Scan Report.

“In the years Evolve IP has conducted the survey, we’re assured by the fact that companies are becoming increasingly aware of the need to protect critical business assets from a major outage: malicious or unintentional, human error, hardware failure or a natural disaster,” said Scott Kinka, Chief Technology Officer and founding partner at Evolve IP.

“More companies are avoiding risky back-up policies considered ‘good enough’ in years gone by, using back-up tape or replicating data to a secondary ‘mirror’ site less than 50 miles from their main Data Centre, for instance. Instead, we’ve seen notable growth in the number of companies developing a disaster recovery plan and educating themselves to the benefits of new approaches such as Disaster Recovery as a Service.”