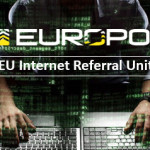 On 1 July, Europol launched the the European Union Internet Referral Unit to combat terrorist propaganda and related violent extremist activities on the Internet

Europol has launched the European Union Internet Referral Unit, which is designed to combat terrorist propaganda and related violent extremist activities on the Internet.

Terrorists’ use of the Internet and social media has increased significantly in recent years. Jihadist groups in particular have demonstrated a sophisticated understanding of how social networks operate, in turn launching well-organised, concerted social media campaigns to recruit followers and promote or glorify acts of terrorism or violent extremism.

To tackle this phenomenon, European Union (EU) Member States decided to implement a coherent and co-ordinated European prevention approach. On 12 March this year, the Justice and Home Affairs Council of the EU mandated Europol to establish a dedicated unit aimed at reducing the level and impact of terrorist and violent extremist propaganda on the Internet. The now-established European Union Internet Referral Unit at Europol will identify and refer relevant online content towards concerned Internet service providers and support Member States with operational and strategic analysis.

This new capability will draw upon existing trusted relationships with law enforcement authorities across the EU and beyond, the private sector and the on-site Europol Liaison Officers’ network.

In reality, it will rely on available secure communication channels and databases as well as Europol’s unique and robust data protection and confidentiality arrangements.

Dimitris Avramopoulos, the commissioner for Migration, Home Affairs and Citizenship, said: “The recent terrorist attacks in France, Tunisia and Kuwait have shown once again how important it is to combat such threats with determination. The establishment of the EU’s Internet Referral Unit is one of the first deliverables of the European Agenda on Security. It will provide operational support to Member States on how to tackle more effectively the challenges of detecting and removing the increasing volume of terrorist material on the Internet and across social media in general. The launch of this important initiative is the result of our common efforts. Its success will depend on the continued good co-operation of, and the contributions from all stakeholders involved.”

Rihards Kozlovskis, Minister for the Interior of Latvia and chairman of the Justice and Home Affairs Council of Ministers, responded: “Recent events have demonstrated that one of the top priorities on our agenda is to counter violent extremism in order to contain the growth of online content produced by terrorists. I’m glad that Europol managed to respond to the initiative developed during the Latvian Presidency and set up the European Union Internet Referral Unit at such short notice. This will bring expertise and technical support to those countries facing violent online content. I believe the new unit will boost our common efforts and act as a ‘European Centre of Excellence’ for co-ordination, the sharing of information, support and analysis.”

The EU’s counter-terrorism co-ordinator Gilles de Kerchove added: “The terrorist groups which challenge our security are exploiting the Internet and social media to promote their cause and secure new recruits. It’s vital that the EU responds in a co-ordinated manner. I’m delighted that Europol will be hosting the EU Internet Referral Unit. By working closely with industry, the unit can make a key contribution to reducing the volume of terrorist material which is available online.”

Rob Wainwright, director of Europol, explained: “Europol has co-operated closely with the EU Member States and European Commission to develop this new capability which is aimed directly at reducing terrorist and extremist online propaganda. We’ve also built a constructive new partnership with relevant social media and other private companies. Together, we will deliver a determined response to this problem which directly affects the safety and liberty of the Internet.”

Up to approximately 15 Europol officials and experts from national authorities in the EU will form the first phase of the team. This total will grow in number and capability over the next year with a view to reaching full maturity by July 2016.

The full impact of the European Union Internet Referral Unit, however, will be delivered by leveraging the combined resources of social media partners and national expert contact points due to be established in all Member States and who will work as a concerted community through the unit (which is located at Europol’s hq in The Hague).