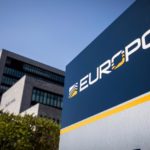 Serious and organised crime has been evolving over the last 20 years in terms of the number of criminal organisations, their modus operandi, the use of technology and organised crime’s ability to infiltrate infrastructures and the public sector and exploit legislative loopholes. This is one of the conclusions drawn at the 2019 European Police Chiefs Convention (EPCC).

More than 600 police chiefs and senior law enforcement representatives from 50 countries gathered at Europol’s headquarters in The Hague for the EPCC, the most significant law enforcement convention in the EU. Co-hosted by Europol and the Finnish Police in the context of Finland’s Presidency of the Council of the EU, the EPCC covered serious and organised crime and its manifestations and infiltration in society.

The annual event brings together police chiefs and high-level representatives from the EU and beyond to exchange assessments of current and emerging criminal threats, challenges and opportunities. Accordingly, the delegates discussed over three panels and hundreds of bilateral and multilateral meetings how serious and organised crime keeps evolving as a major challenge to EU security.

There was a consensus among EU Member States’ law enforcement authorities and Europol that the increasingly cross-border nature of organised crime – often associated with violent acts among gangs, flourishing drug trafficking markets and related crimes such as money laundering and corruption – pose a major challenge to our society. In certain areas of some EU Member States, a vicious cycle can be observed with increasing social exclusion, criminality, loss of trust in law enforcement and, in some cases, radicalisation.

Serious and organised crime has been evolving over the last 20 years in terms of the number of criminal organisations, their modus operandi, adaptability, sophistication and interconnection, their use of technology and their ability to infiltrate infrastructures, the public sector and exploit legislative loopholes.

Meanwhile, new psychoactive substances, record levels of drugs production globally, organised migrant smuggling and the development of online criminality have all had profound effects on the criminal landscape.

Coinciding with the 2019 EPCC, several important developments are at a crucial stage, thereby creating a rare intersection of opportunities and challenges for the European law enforcement community: rapid technological developments (eg encryption, 5G, Big Data, machine learning and cryptocurrencies) present both challenges and opportunities for criminal investigations, while there’s record levels of illicit drug cultivation and trafficking, with the EU as a leading consumer market.

Europol and Finland’s Presidency of the Council of the EU concluded that a number of areas require particular attention. Among them are:

*greater attention being paid to financial and economic crime and criminal asset seizures, making sure crime doesn’t pay, while at the same time welcoming new developments like the European Financial and Economic Crime Centre at Europol and the European Public Prosecutor’s Office

*greater and more co-ordinated investment in innovation in the law enforcement community, potential via an innovation platform hosted by Europol

Europol’s executive director Catherine De Bolle stated: “Crime in the 21st Century is highly international and organised. For law enforcement, it’s no longer good enough to be reactive. We must strengthen our co-operation and engage in foresight activities to understand emerging challenges and formulate innovative countermeasures. Europol’s strategy 2020+ sets out our ambition to further establish Europol as an innovator in the European law enforcement community. The European Police Chiefs Convention shows that Europol has established itself as the EU criminal information hub. We will continue to enhance the value of our network by providing Member States with access to a growing number of partners and sources of information.”

Europol has organised the EPCC since 2010. This year, this significant event experienced the highest ever turnout with 615 attendees. High-level representatives from all 28 EU Member States, 15 non-EU countries, agencies and institutions of the EU (ie Eurojust, FRONTEX, OLAF and the EUIPO), as well as international organisations, all attended the convention.

Governance manager ordered to pay back £220,000 to NHS in wake of fraud