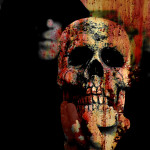 A new study conducted by the Royal United Services Institute (RUSI) reveals how lone actor terrorists are often less secretive than might be expected. It argues that their behaviour and activity can provide warnings of their extreme views or even intention to act, and calls for an holistic response to meet the challenge.

Lone actor terrorists are perceived as presenting acute challenges for law enforcement practitioners in terms of both detection and disruption. By definition, such terrorists act without direct command and control from a wider network, and it’s assumed that, without such communications, they may evade the ‘tripwires’ that would usually bring them to the close attention of the authorities.

The study argues that ‘lone actors should not be considered as detached, as is often presumed’ and claims that ‘the machinery of counter-terrorism is not well-attuned to detecting a significant aspect of the lone actor terrorist threat.’

Significantly, this study reveals that, while the focus for the authorities is on religiously-inspired lone actor extremists, there’s an equal number of far right extremists who may go undetected. 88% of religiously-motivated terrorists were caught through intelligence-led intervention, while 40% of right wing extremists were ‘uncovered with an element of chance’.

Clare Ellis, an expert at RUSI and a contributor towards the study, stated: “Security forces were far more likely to be watching the broader pool of religiously-inspired extremists than far right extremists. This reflects broader threat assessments and corresponding priorities across the European Union.’

According to Melanie Smith, an expert at the Institute for Strategic Dialogue (ISD) and another contributor to the study: “Religiously-inspired terrorists remain the primary concern for European Governments. However, our research shows that extreme right lone actors are almost equal in number. The majority of policing and security resources remain focused on preventing attacks from ISIS-inspired individuals. This has to change in light of the refugee crisis. For their part, European Governments need to commit more resources to detecting and preventing extreme right lone actor terrorists.”

An improvement of understanding

Entitled ‘Countering Lone Actor Terrorism’, the study is led by RUSI and a consortium of policy institutes including Chatham House, the ISD and the University of Leiden. Their findings are published in eleven papers.

The 18-month study has analysed in detail a database of 120 lone actors from across Europe in order to improve understanding of lone actor terrorists, their behaviour and their activities in the period leading up to their intended attacks. It outlines the policy implications of analysis of perpetrator behaviour, the ‘leakage’ of extreme views or intention to act and interactions with public authorities in the time leading up to an attack episode.

Melanie Smith highlighted how the research “finds that one-in-three lone actor terrorists exhibited some form of link to a radical or extreme group despite planning and undertaking their attack alone. The police and the Security Services should continue to monitor non-violent groups, particularly on public social media platforms, in order to spot individuals who may be becoming violent.”

Raffaello Pantucci, a RUSI expert and another contributor to the study, outlined: “This form of terrorist threat is often perceived as the most difficult to detect and disrupt, yet nearly half (46%) of all perpetrators in the database exhibited outward signs of their extremist beliefs or even their intention to act.”

This study finds that religiously-inspired perpetrators ‘tended to exhibit indicators of extremism to friends or family, whereas right wing terrorists were more likely to signal their extremist views online. This has clear implications for how [policing and law enforcement] efforts might be targeted.’

The study calls for the instigation of public awareness programmes highlighting the threat in a non-alarmist fashion as well as targeted campaigns on social media focused on far right extremists and through families and social networks for religiously-inspired threats.

The study’s findings also have implications as most radicalisation awareness programmes are mainly aimed at detecting and preventing radicalisation among youngsters. That’s the view of study contributor Dr Edwin Bakker of the University of Leiden. “Additional programmes for different target groups are needed to deal with the issue of lone actor terrorists, of whom most are in a different age category,” stated Dr Bakker.

The study also highlights the fact that 35% of lone actor terrorists have been reported to have a mental health issue. Study contributor Jeanine de Roy van Zuijdewijn of Leiden University explained: “At first glance, this might look like a very high number, but when compared to data on the general population (about 25% experience a mental health issue) this number appears not to be extremely high.”

Furthermore, the broader conclusions about lone actors’ use of guns fits with broader European concerns about the easily availability of firearms in parts of Europe. As study contributor and Chatham House expert Benoit Gomis puts it: “Firearms accounted for 89% of lone actor terrorism fatalities in Europe between 2000 and 2014, contrasting sharply with explosives at only 4%, although the two were used with similar frequency. This demonstrates the need for greater action, and indeed European co-operation, to reduce the circulation of firearms throughout Europe.”