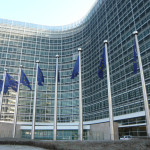 A study* wholly focused around the development of statistical data on the European security technological and industrial base has shown that the UK’s security sector finds itself in “a promising era of growth”.

The study, which was commissioned by the European Commission’s (EC) Directorate for Migration and Home Affairs, aimed at developing statistical data that would offer a clearer picture of the present security business sector across Europe.

The research takes into account existing statistical data, while also evidencing the results of company surveys conducted in seven EU Member States (namely the UK, Germany, Estonia, Spain, France, Italy and Poland), with the results extrapolated to compile an assessment of the size, structure and performance of the overall EU security industry sector and market.

Judging by the results, the outlook for the UK’s security business sector appears very positive. According to the research, UK turnover growth has burgeoned above and beyond that of any of the other Member States surveyed, with 35% of UK respondents citing that turnover has risen by more than 25% across the past five years.

A further 15% of UK respondents reported growth of up to 25%, while only 13% stated that they’ve experienced a decrease in business.

Looking ahead, and again according to the EC’s research, the UK’s security sector can expect growth of 16% over the next five years, a figure which is well above the average growth rate for all respondents of 10%.

Perhaps most striking are the figures quoted for the UK security sector’s turnover and employment. As defined by the research, the total turnover for all security products and services (not including defence) is €25.4 billion, while an estimated 352,000 people are presently employed by the UK’s security industry.

Commenting on the results, James Kelly (CEO of the British Security Industry Association) said: “This research demonstrates the economic importance of the UK’s security industry. It’s very pleasing to see data supporting the notion that the UK’s security industry is growing. The statistics show that our industry is performing admirably on the domestic front as well as wider afield in global markets, in turn positioning the UK as a global leader for security products and services. This is something about which we should be proud. The ‘Great British brand’ is in demand, and we expect that this trend will continue as more and more UK companies expand their business overseas.” 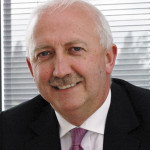 Indeed, the EC’s comprehensive research also tells a compelling story when it comes to export market share for total sales of security products and services. The UK has the strongest export share in total sales, with approximately 55% of UK respondents admitting to having a degree of export exposure.

Interestingly, 15% of UK respondents claim to have an export share of between 75% and 100% of total sales.

Members of the BSIA’s Export Council – a dedicated forum for BSIA member companies focused on extending their business to overseas markets – have also reported an increase in the demand for British security products and services. According to research conducted by the Trade Association, 60% of respondents to the annual Export Council survey cite a 60% increase in overseas business during 2015, while a further 30% highlight that their own level of business has remained the same.

According to the BSIA’s research, further increases in overseas trade are expected for 2016, with a clear focus on the Middle East as an important market for the UK’s security business sector.

40% of respondents identified the Middle East as the single most important target market, while 80% of those who took part in the survey are looking to increase their level of business in this region.