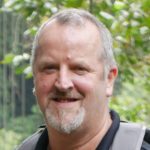 Over 40 of the highest professional performers within the industry form the UKCMA, and their efforts are completely voluntary. During Harding’s tenure as chair, the organisation has worked collectively to enhance the safety of millions of attendees at events annually.

Deliberating progressive views and developing standards, the UKCMA provides a forum for members to address the emerging challenges facing the sector and offers a voice for crowd management professionals. Given the cuts to public sector spending, the ongoing terrorism threat and ever-tightening budgets, the challenges involved in keeping crowds safe have escalated year on year, while the fight for public safety is continuously evolving.

UKCMA highlights over the past decade include the creation of National Occupational Standards and subsequent event industry qualifications.

During his time as chair, Harding was seconded to the Security Industry Authority’s (SIA) Strategic Advisory Group, which demonstrates recognition and representation within the industry. A proponent of the work the SIA undertakes, Harding will continue to work alongside the SIA on projects contributing to the constant evolution of industry solutions and event security and crowd management services in general. 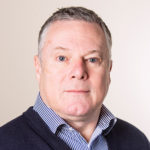 Harding commented: “It has been an honour chairing the UKCMA throughout a decade of hard work. Receiving SIA recognition has been ground-breaking for the industry. The commercial acumen and industry knowledge of the membership provides a solid platform for the new chairman to take the Association to its next stage of development.”

Further changes have also been announced. Steve Blake of Storm4Events will join Tony Ball of SES Group (Show and Event) as a second vice chair. Both will support Eric Stuart.

Anne Marie Chebib, who remains in post as secretary of the UKCMA, commented: “The Association sends immense thanks to Mark Harding for his tireless efforts over many years and is grateful for the support he continues to show in an ambassadorial role to ensure continuity for the organisation. We’re also extremely excited to welcome Eric Stuart as chair and also welcome the creation of a new vice chair’s role. The future is very bright at the UKCMA. We look forward to continuing improvement for all members and stakeholders.”