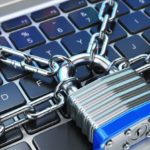 At a time when ransomware and other attack techniques that exploit insider negligence are becoming rampant, only 39% of end users believe they take all of the appropriate steps needed to protect company data accessed and used in the course of their jobs. This represents a sharp decline from 56% in 2014.

According to a new survey of more than 3,000 employees and IT practitioners across the US and Europe conducted by The Ponemon Institute and sponsored by Varonis Systems, while 52% of IT respondents believe that policies against the misuse or unauthorised access to company data are being enforced and followed, only 35% of end user respondents say their organisations strictly enforce those policies.

The new report entitled: ‘The Widening Gap Between End Users and IT’ compares end user practices and beliefs with those of their colleagues in IT security and generalist IT roles. This new analysis draws from the same data released by Varonis and The Ponemon Institute on 9 August in a report entitled: ‘Closing Security Gaps to Protect Corporate Data: A Study of US and European Organisations’ which found a sharp rise in the loss or theft of data, an increase in the percentage of employees with access to sensitive data and a belief among participants that insider negligence is now the Number One concern for organisations trying to prevent these losses.

The survey results are derived from interviews conducted in April and May this year with 3,027 employees in the US, the UK, France and Germany. Respondents included 1,371 end users and 1,656 IT and IT security professionals in organisations ranging in size from dozens to tens of thousands of employees and representing a variety of industry sectors (among them financial services, healthcare, retail and technology and software).

Key findings of the study

*Asked for the most likely causes of the compromise of insider accounts, 50% of IT practitioners and 58% of end users say negligent insiders. ‘Insiders who are negligent’ was by far the most frequent response for both IT specialists and end users, more than twice as common as ‘external attackers’ and more than three times as common as ‘malicious employees’

Alarming decline in practices and attitudes

Dr Larry Ponemon, chairman and founder of The Ponemon Institute (a leading research hub dedicated to privacy, data protection and information security policy), observed: “At a time when one would expect general improvement in end user hygiene due to increased awareness of cyber attacks and security breaches, this survey instead finds an alarming decline in both practices and attitudes. If an organisation’s leadership doesn’t make data protection a priority, it will continue to be an uphill battle to ensure end users’ compliance with information security policies and procedures. Major differences between the IT function and end users about appropriate data access and usage practices make it harder to reduce security risks related to mobile devices, the cloud and document collaboration.”

Yaki Faitelson, co-founder and CEO of Varonis Systems, added: “Human error will always be a weak link in security. Insiders compromise security maliciously or accidentally, while outside attackers continue to hijack the credentials and systems of employees, administrators, contractors and executives alike. The only way to successfully stem this tide is to implement controls on data access, monitor all activity and implement the most advanced user behaviour analytics and alerting technologies throughout the organisation.”