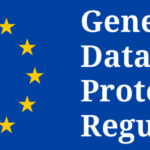 Six-in-ten organisations view their employees as the biggest threat to successful EU General Data Protection Regulation (GDPR) adherence, while four-in-ten believe that their current IT systems could also pose compliance risks. That’s according to a GDPR awareness survey conducted by Bluesource. The study also highlights that, even though half (50%) are taking steps to prepare for GDPR compliance, nearly a third (30%) still believe that the new rules will not affect them. One fifth (20%) are not sure what to do next.

Over 80% of respondents stated that, with the deadline for GDPR compliance rapidly approaching, they’re facing a major challenge, including increased security and governance around cloud environments such as Office 365 and shadow IT. 80% of those surveyed feel that ‘Big Tech’ vendors have a responsibility to ensure that their own systems will meet GDPR regulations, as well as those of their customers, but are unsure how this will be achieved in practice.

The increased financial impact of fines and the expected frequency of their enforcement is a major concern for most of those surveyed. An overwhelming 90% indicated that a non-compliance fine would result in huge reputational damage for their organisation and a loss of trust from customers, suppliers and staff.

Data breaches are already the second greatest cause of concern for business continuity professionals and, once this new legislation comes into force, bringing with it higher penalties than already exist, this level of concern is only likely to increase. Organisations need to make sure they’re aware of the requirements of the GDPR, and also make certain that their data protection processes are robust enough to meet these requirements.

On a more positive note, 45% of those surveyed have already nominated a member of a specific departmental function – including legal, compliance and IT security – to be solely dedicated to privacy and GDPR initiatives. However, 20% haven’t considered selecting a nominated individual as yet, while 35% suggest that finding a suitably qualified and experienced individual will be a challenge.

Sean Hanford, information governance consultant at Bluesource, commented: “Our research across UK organisations indicates that a gap remains between GDPR awareness and action. There must be a swift attitude change towards data protection. Staff clearly require better skills such that they can become more data savvy.”

Organisations are now less confident in their ability to recover from an incident. According to a new study conducted by Databarracks, contributing factors include a lack of testing, budgetary constraints and the growing cyber threat landscape.

The Data Health Check report finds that almost one-in-five organisations surveyed (18%) “had concerns” or were “not confident at all” about their disaster recovery plan. That’s an increase from 11% in 2015 and 15% in 2016. Organisations are increasingly making changes to their cyber security policies in response to recent cyber threats (36% this year, up from 33% last year), yet only a quarter (25%) have seen their IT security budgets increase. Small businesses are particularly affected with just 7% witnessing a rise in their IT security budget.

Financial constraints (34%), technology (24%) and lack of time (22%) are the top restrictions when trying to improve recovery speed. Fewer organisations have tested their disaster recovery plans over the past 12 months – 46% of respondents hadn’t tested in 2017, which is up from 42% in 2016.

Peter Groucutt, managing director of Databarracks, commented: “It isn’t surprising that confidence in disaster recovery plans is falling. We’ve seen major IT incidents in the news on a regular basis over the last 12 months, which has raised awareness of IT downtime. We’ve also witnessed what can go wrong if recovery plans are not effective. What’s surprising is that fewer businesses are testing their disaster recovery plans. The number of businesses testing their plans increased from 2015 to 2016, but has fallen this year. We know that testing and exercising of plans is the best way in which to improve confidence in a company’s ability to recover. The test itself may not be perfect. Few if any are, but the point is that there are always lessons to be learned. Working through recovery steps is the best way in which to improve preparedness and organisational confidence.”