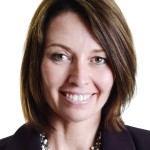 Emma Shaw CSyP FSyI: standing down from the role of Chairman at The Security Institute

On Friday 6 February in a valedictory letter addressed to all members of the organisation, The Security Institute’s Chairman Emma Shaw CSyP FSyI MBA FCMI announced that a new Chairman will be unveiled at the Annual General Meeting, which takes place on Tuesday 24 March in central London. Shaw intends to step down from the role following two highly successful years in post.

Shaw – the managing director at Esoteric – notified The Security Institute’s Board of Directors, Vice-Presidents and President Lord Alex Carlile of her decision last December.

Shaw has served on the Institute’s Board of Directors since 2007, covering roles including Registrar and Chairman of the Validation Board, Director of Finance and then Vice-Chairman prior to her election as Chairman.

“The Institute has continued to grow significantly and, indeed, has ‘grown up’ over the past two years,” explained Shaw in a valedictory posted on LinkedIn, “with a number of achievements under our belt. I feel very privileged and proud to be part of that growth and development, as well as the organisation’s ability to influence and represent your views and shape our industry at the highest levels.”

Shaw continued: “Our membership has increased significantly, and in particular in terms of the number of student members we now have on board. This is an area where we’ve been developing our approach to actively encourage people into our profession as a career of choice.”

Focusing further afield, Shaw spoke of “a well-developed ten-year strategy” for the Institute that’s already in motion, with the organisation finding itself in “a good financial position” such that it’s able to deliver upon that strategy.

“In November, we announced our Manifesto and the development of a Security Commonwealth,” continued Shaw. “While we’re in the very early days of this initiative, I’m extremely optimistic about it and will continue to work on this aspect of our strategy alongside the Board of Directors, at the same time continuing to promote the excellent work being conducted by the Institute.”

Board of Directors to choose successor

Shaw’s successor will now be chosen by the existing Board of Directors in the next few weeks. Shaw will continue in post until the first meeting of the Institute’s new Board, which is scheduled to take place in April.

“The role of Chairman of The Security Institute is an immensely enjoyable and satisfying one,” enthused Shaw. “However, it’s time consuming and, in order to lead the Institute to its next level of growth and development, I feel it would require the continued level of commitment that I have been providing over the past two years but that’s not going to be possible. On that basis, I feel now is an appropriate time in the Institute’s development for me to step aside and enable my successor the opportunity to continue the work of the Board, embed our strategy and various work streams and continue the growth and development of the organisation. This course of action will also enable me to focus on other business and personal interests.”

In conclusion, Shaw stated: “The Institute has developed through the commitment of so many volunteers, from our founding Directors to our current Board of Directors and the many working Boards and Committees the Institute now has in place. I have thoroughly enjoyed working alongside such an enthusiastic and committed group of volunteers, in addition to the committed and loyal members of staff based at the Institute’s headquarters. I’m immensely proud of what we have achieved as a collective. Thank You to you all for your hard work and support.”

Emma Shaw is the founder and md of Esoteric Ltd, a well-established electronic bug sweeping, counter-espionage and intelligence gathering concern based in Surrey. The company provides a solutions-based approach to countering espionage activity for both commercial and non-commercial organisations operational on the international stage.

Shaw’s early career was spent with the Royal Military Police, followed by a career at the Ministry of Defence.

Shaw founded Esoteric Ltd in 1998. Her involvement with the security profession covers numerous sectors, with Shaw being elected Chairman of The Security Institute in April 2013.

In addition to her work at The Security Institute, Shaw is the southern region chairman of the Defence Industry Security Association and a Council member for City Security and Resilience Networks.

An active participant in the development of industry standards and Best Practice techniques for technical security counter-measures, Shaw has worked closely with Skills for Security on National Occupational Standards and alongside the National Security Inspectorate on its own Codes of Practice.

Recently, Shaw was appointed as a Non-Executive Director of Falanx Group Limited, a security and risk management consultancy founded in response to a heightened need for security consultancy and asset protection solutions in sensitive regions such as those affected by the Arab Spring.

Falanx Group Limited was admitted to the Alternative Investment Market in June 2013.