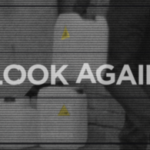 Previous national campaigns, which have been amplified at a local level, have helped to increase intelligence reports by up to 50%. Currently over a fifth of public reports to the Anti-Terrorist Hotline and online through gov.uk/ACT result in useful intelligence for Counter-Terrorism Policing officers.

The sequel to last year’s campaign features a new 60-second film based on real-life foiled plots, which will show examples of terrorist-related suspicious activity and behaviour as well as attack planning methodology. 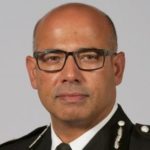 Metropolitan Police Service assistant commissioner Neil Basu, the national lead for Counter-Terrorism Policing, explained: “Since launching the ‘ACT: Action Counters Terrorism’ campaign, all forces have worked to show communities how they can make a difference. This, along with innovative collaborations with key sectors like retail, the vehicle industry and the sports and entertainment world has contributed to a steady increase in the number of intelligence reports that have been of help to Counter-Terrorism Policing.”

Basu urged: “Please share the campaign’s key messages with all of your contacts. This is not a campaign for counter-terrorism specialists only or just for big cities. Any attack carried out impacts on the resources of policing across the board so we’re urging all forces and their partners to play their part. Terrorists across the globe continue to show interest in police targets. We cannot afford to relax our efforts.”

Home Secretary Sajid Javid added: “The threat from terrorism is one of the starkest we face and we’ve all seen the horrific consequences of a terrorist incident. With the support of the public, our police and intelligence agencies work tirelessly to keep our communities safe. We all have a role to play in confronting those who seek to do us harm. Life really doesn’t have a rewind button so, if something doesn’t feel right, trust to your instincts and determine to report any suspicious activity or behaviour as soon as you can.”

Assistant chief constable Steve Johnson, Police Scotland’s lead for specialist crime and intelligence, said: “Tackling terrorism and domestic extremism is a national priority for Police Scotland and we will continue to work with our partners to protect our communities. We should never be complacent. I hope this campaign reinforces how important it is for communities to act if they see anything suspicious in their area. The video asks people to stop and think if they see unusual behaviour and trust to their instincts. The unusual behaviour could be part of a bigger picture so it’s crucial that people feel confident enough to report this to police. Let us decide how important it is and never think it could be a waste of our time.”

Counter-Terrorism Policing officers are currently running more than 700 live investigations nationwide, while crucial intelligence from the public has helped police and the security services in preventing 18 terror attacks in just under two years.