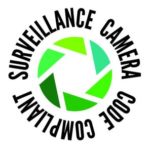 Body-worn cameras have become important items of equipment and are now deployed with operatives across the company. Supported by local police and city council enforcement officers, body-worn cameras have enabled the provision of evidence leading to successful prosecutions.

Aside from prosecutions, body-worn cameras have also been used to deter assaults on staff and prevent crime. They actively serve to inhibit episodes of aggressive behaviour.

Recognising the importance of maintaining public trust and confidence when conducting surveillance activity, Eboracum UK Ltd was committed to being transparent in demonstrating high standards and the ethical use of its body-worn cameras and so decided to undertake voluntary certification assessment against the Surveillance Camera Code of Practice which is regulated by Tony Porter QPM LLB, the Surveillance Camera Commissioner.

The Code of Practice is intended to ensure that individuals and wider communities have confidence that body-worn surveillance cameras are deployed to protect and support them rather than spy on them. The Government is keen to encourage organisations to voluntarily adopt the Code, which is a mandatory requirement for police forces in England and Wales. 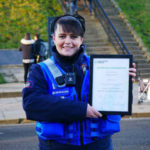 With its procedures, privacy impact assessment and processes audited by the SSAIB, Eboracum UK Ltd has taken steps to ensure that its body-worn CCTV systems operate within a legal framework and meet the standards of the Surveillance Camera Commissioner’s Code of Practice. This includes data security, appropriate usage, control of records and promoting a culture of honesty.

Carl Nickson, director of Eboracum UK Ltd, said: “Although accreditation is voluntary, I feel that it’s important to demonstrate a transparent and compliant approach towards the use of CCTV. We’re leading from the front as the first security company to achieve this accolade. I hope that others will follow. Achieving this accreditation outlines that even small to medium-sized businesses can put privacy, compliance and transparency at the top of the agenda.”

Surveillance Camera Commissioner Tony Porter responded: “A key component of my National Surveillance Camera Strategy is to encourage organisations not bound by statute to comply with the Secretary of State’s Code of Practice and voluntarily adopt its provisions. In doing so, Eboracum UK Ltd has demonstrated a real commitment to ensure that the public can have confidence in the company’s use of body-worn surveillance cameras. I congratulate the business on its achievement and encourage other organisations to follow this example.”