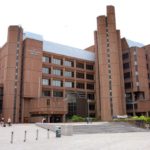 On Thursday 5 July at Liverpool Crown Court, the Security Industry Authority (SIA) successfully prosecuted Jack Clegg Walsh for working without an SIA licence. Walsh was jailed for two years for providing fraudulent documents to obtain employment in the security industry, thus placing members of the public at risk.

Clegg Walsh was working at The Running Horses pub in St Helens in November last year. He ran away from SIA investigators while they were conducting routine licensing checks with Merseyside Police, who they later identified him as Jack Clegg Walsh working for Elite Security (NW) Ltd.

Pete Easterbrook, the SIA’s criminal investigations manager, informed Risk Xtra: “Jack Walsh intentionally misled his employers and broke the law by working without a licence. His behaviour also constitutes fraud and he is now having to face the serious consequences of his actions. This case should serve as a reminder to the industry that the SIA will deal robustly with those who disregard the safeguards that regulation provides, and pursue any type of offending which affects our industry.”

Walsh had applied to work for Elite Security (NW) Ltd under a different name and had given the company falsified information. This included a licence number that wasn’t his, an altered passport and a photograph that matched the photograph on the passport he produced.

SIA investigators conducted enquiries which confirmed that Jack Clegg Walsh had been refused an SIA licence on the grounds of prior criminality. Further investigation secured documents that were analysed by the National Document Fraud Unit, who concluded that the copy of the passport that Jack Clegg Walsh had presented to his employer was falsified. This was supported by witness evidence showing that the employment document had also been counterfeited.

SIA investigators contacted the original licence holder, who supported the SIA as a witness, confirming that he was the genuine holder of the door supervisor licence which Jack Clegg Walsh had claimed to be his. The genuine licence has since been replaced.

Summation by the Judge

In summing up, the Judge (Recorder Jeremy Lasker) who presided over the case said: “This was a carefully thought-out fraud, sophisticated in the sense that you [Jack Clegg Walsh] put a good deal of spadework into finding a donor identity and altering a relative’s licence and documents you were to use.”

the Judge added: “There has been, as a result, some financial loss… The real concern here is public safety and the fact that, through dishonest means, you took up regulated employment when you knew you would not be regarded as fit and proper to do so.”