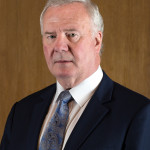 An internationally renowned figure in the fields of security, law enforcement, counter-terrorism, cyber crime and fraud prevention, Randall will now be applying his vast and varied experience across a number of designated sectors to further develop Pilgrims Group’s internal business strategy and, indeed, the company’s services for its extensive client base.

Pilgrims Group provides strategic and operational security risk management services – among them award-winning training solutions – to Government bodies, NGOs and private sector businesses operating in a wide range of countries. The company has experienced annual growth of between 15% and 30% over the last 16 years. Importantly, the business has built an impressive track record of enabling its end user customers to achieve their goals in often challenging security environments while at the same time maintaining a 100% safety record worldwide.

Don Randall began his career with the City of London Police. Initially focusing on fraud and counter-terrorism, he rose through the ranks to spend four years as deputy head of the Fraud Squad.

In the private sector, Randall served as managing director at JPMorgan Chase before joining the Bank of England in 2008. He was elected chairman of the Global Banks’ Heads of Security Group in June 2013.

Randall holds a number of other official positions, among them chairman of the City of London Crime Prevention Association, and is co-founder and vice-chairman of the Cross Sector Safety and Security Communications initiative which created the hugely successful private-public sector law enforcement partnership deployed both in advance of and throughout the London 2012 Olympic Games.

In October 2013, Randall was honoured to receive a Security Excellence Award for his Outstanding Contribution to the Security Profession.

Talking to Risk UK about this latest development in his long and distinguished career, Randall commented: “My role with Pilgrims Group is as senior strategic advisor with a focus on areas for development and opportunity. I will be drawing on my experience in several spheres, including economic crime and fraud, counter-terrorism and a broad breadth of security knowledge at senior management level.”

He added: “To date, I’ve pioneered various public-private sector initiatives including Project Griffin, and will also bring international reach from my experience in law enforcement at JPMorgan Chase and, latterly, through my understanding of cyber crime.”

Randall will be helping to develop in-house capabilities at Pilgrims Group and will also be advising on key issues relating to the current international threat of terrorist activity. He’ll look at cyber-related issues while assessing the need for greater private security provision as a consequence of austerity measures facing policing in this country.

“From a local, national and international perspective,” said Randall, “I will use my experience to further increase Pilgrims Group’s reach. One of Pilgrims’ core strengths is its skill in protecting businesses overseas such that they can counter the terrorist threat.”

Randall continued: “I’ve always seen Pilgrims Group as a company of high integrity and quality with a superb work ethic. The fact that the UN’s former head of security, Sir David Veness, joined the company in April last year was a huge endorsement of its reputation and outstanding track record. I’m very pleased to be working with them.”

In conclusion, Randall told Risk UK: “While the business enjoys a strong reputation in the industry, it’s perhaps not widely known. I’d like Pilgrims Group’s end user customers to be fully aware of what the company can actually do for them and how the business carries out its roles. I want to emphasise Pilgrims Groups’ high standards of professionalism and the fact that, in locations such as Africa, Afghanistan, the Middle East and elsewhere the company enjoys immense local and international reach and expertise.”

Pilgrims Group’s managing director Bill Freear stated: “We’re delighted that Don is joining us. We live in fast moving times where the risks and opportunities faced by the public sector and businesses both large and small are complex and ever-changing. Don’s knowledge and experience in so many vital areas that affect the world today will be of great benefit to us and our company’s development and, indeed, to our clients both here in the UK and around the world.”

*Don Randall will continue as the cyber ambassador for the Bank of England in a consultative capacity. He’s also senior consultant to Bivonas Law, a City of London-based law firm specialising in high value and complex disputes