Digital Evidence Management in the Police Service: Room for Improvement? 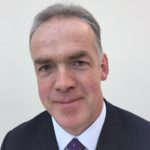 British statesman Sir Robert Peel introduced the first-ever police force – the Metropolitan Police Force of London – way back in 1829 during his tenure as Home Secretary in the Conservative Government of the day. The Met was tasked with detecting and preventing crime. In the intervening period, the basic principles of policing forged then haven’t changed for over two centuries, writes Paul Kennedy.

As time moved on and the middle of the last century was reached, it wasn’t uncommon for detectives to be deployed from London to all parts of the UK in order to conduct what were deemed to be the most serious investigations. They often had to rely solely on witness evidence as the only evidence presented to them in a given case.

As the decades passed, investigations became more complex and faster-moving. One of the reasons for that increased complexity lies in the rise of digital technology, which is available to the public and also to the criminals. As we all know, digital devices are commonly in the hands of people during the course of their daily lives and the emergence of digital evidence has therefore expanded exponentially.

Understanding the challenges presented to the police service helps to identify the right solution. On that basis, it’s appropriate to analyse the increase in volume of digital evidence involved in police investigations, why that increase has happened and also examine the nature of the data involved. Is there a way to improve the process?

Rise of the smart phone

The proportion of people in the UK with smart phones now exceeds 90% (of those aged 16 to 54) and is set to increase. The use of smart phones reflects our habits, interests and contacts and this is clearly important information in any investigation as regards victims, witnesses and suspects.

Use of body-worn video

Police forces were quick to recognise the benefits – and, indeed, the necessity – of body-worn video, capturing evidence of the initial response in which evidence is commonplace, while also offering greater transparency in policing and improved professional standards of police behaviour. All police forces are now equipped with body-worn video, with officers also carrying the associated storage requirements.

The proportion of crime involving vulnerable victims and witnesses has increased and legislation has demanded that interviews with such people is digitally recorded and retained where necessary for court proceedings.

Online investigations increasing with a greater awareness of online criminality

One example of so-called ‘hidden’ crime is the online sharing of indecent images of children which presents another area of increased demand for police investigations. Police forces currently task individual staff members to trawl through indecent material in order to obtain and process evidence relating to such crimes. However, this can present a major concern for staff well-being.

Overt surveillance technology remains commonplace in today’s society through CCTV and ANPR. Drone technology can also be added to this category. It’s interesting to note the increased expenditure by police forces on drones.

Covert policing is a necessary and commonplace tactic for the investigation of serious and organised crimes, often relying on digital audio and video evidence of criminality.

Crowdsourcing of information is often required following major incidents and serious crimes in which a sudden upsurge in digital data can often see legacy systems crashing (eg a surge in 999 calls or a police force Twitter account receiving visual image data). However, critical evidence often lies in such high volume data with the need to extract key data within a short time frame.

Forensics have transformed policing through traditional methods of fingerprint and DNA evidence, but they’ve now been joined by other types of biometrics such as facial and voice recognition. These methods are becoming more mobile. For example, mobile fingerprint scanners and facial recognition solutions are now becoming of increasing interest to police forces.

Staying true to the Peelian principles of policing

The significant increase in the volume and variety of digital evidence, in its multiple forms, is causing police forces to think again about how to deal with both the opportunities and challenges in order to stay true to the Peelian principles of policing, while also progressing towards the Policing Vision 2025 (ie the strategic direction of UK policing).

However, the challenges need unpacking a little further, primarily because the emergence of these various strands of digital evidence has been somewhat organic and without a cohesive plan to brigade the differing types of evidence.

For example, police forces have invested in body-worn video and a related storage solution without an holistic digital strategy and minus a link to the other types of digital evidence. This ‘silo’-style approach to digital evidence presents significant challenges and inefficient processes to investigators as they’re required to literally trawl a whole range of systems in order to gather evidence relating to a particular investigation. Indeed, it’s hard to believe that the physical copying and transferring of CDs containing sensitive evidence is still a regular task for investigators.

In this current age, the public have the right to expect much more than that.

The police service also has a very important role to play in the judicial system and legislation. The Criminal Procedure and Investigations Act 1996, for instance, requires police forces to disclose evidence. The disclosure of digital evidence presents further challenges. Any failure to do so effectively has sometimes led to the collapse of prosecutions with a hugely detrimental affect on victims and public confidence. Indeed, the disclosure of digital evidence currently stands quite high in many police force’s list of strategic risks.

Role of technology in investigations

Many police forces in the UK (as well as forces around the world experiencing similar issues) are taking a close look at how they can use technology such as digital evidence management (DEM). The best DEM solutions are agnostic  to the systems already in place. They work by consolidating the silos of digital data, automating the collection, analysis and sharing of digital data with the ability to search both structured and non-structured data across all systems and recognising what will be relevant.

Such levels of automation not only frees-up precious time for investigators, but also helps to uncover connections in cases and develop leads in investigations.

As more and more forces adopt DEM, they’re realising that it’s possible to stay true to Peelian principles in this age of Big Data. It helps them to prevent and detect crime and bring criminals to justice through effective investigations.