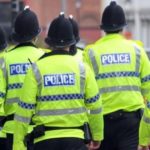 The ability to share timely and accurate data is extremely valuable. It’s even more critical for security operations and the Emergency Services, who need to work closely together to manage often challenging and dangerous situations. Simon Hall examines the importance of data accuracy in such situations, along with the ability to view, process and share it quickly. Features inherent within the latest mobile cloud advancements can help workers to operate more effectively on the front line.

On arrival at the aftermath of a major incident, fast digital access to data from a range of sources is critical for the police and the wider Emergency Services such that they can work quickly and effectively in what are typically complex and fast-moving scenarios.

Whether it’s a critical link to incident information from a Command and Control system, intelligence checks on people or vehicles from the Police National Computer or a mix of these, front line teams rely on accurate and real-time data from these systems to do their jobs. The ability to share data with other partner agencies is also crucial in enabling all parties to work swiftly together in resolving incidents.

If the systems used by the Emergency Services and security teams are still largely paper-based, or the intelligence they hold is stuck in siloed data repositories (which is much more susceptible to human error and confusion), the ease and speed with which information can be directed around an organisation is severely hampered. This can be detrimental to planning and decision-making, resulting in serious inefficiencies, higher costs and staff frustration.

Similarly, if their data collection systems are not sufficiently integrated with the ones that their partner agencies use, police forces will struggle to keep up with fast-changing demands. This can also affect how well the security and Emergency Services can collaborate with one another, with poor system integration affecting the speed with which incidents are resolved. This can be extremely costly considering the gravity of many issues they need to deal with.

In contrast, with a single, cloud-based mobile platform seamlessly integrated within their back-end systems, front line officers would have all the tools they need in order to view, process and share information from the palm of their hand. The ability to access and transfer data in real-time could also help save crucial seconds in the aftermath of a major incident. 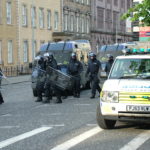 Following the inexorable rise of commodity technologies and Software-as-a-Service solutions including Office 365 and SharePoint, as well as software vending portals such as G-Cloud, a new wave of mobile cloud advancements is emerging to boost the mobility and responsiveness of front line personnel.

The latest generation of solutions is smoother, faster and more intuitive to use, with users able to deploy a single app for any operational business process, anywhere in or out of the office, on any device and in real-time. Smart features that prompt or auto-complete information wherever possible also save time, and particularly so when dealing with repeat offenders. With a single portal to access, record and report everything they need, it’s quick and easy to complete tasks, share information with other agencies and better ensure the accuracy of data.

By adopting a user environment and interface that’s familiar and shares the same simplicity enjoyed by popular social media platforms, user comfort and a more intuitive user experience is assured and training times massively reduced. Up until now, this has been a real challenge with the more complex user interfaces of earlier generation mobile technologies, which has led in some cases to just less than 50% of officers embracing these solutions and opting to return to the station over the course of a shift instead.

Among today’s advancements, the best mobile platforms are also fully customisable by users themselves. Whatever data they need to view or forms they’re required to complete, the right tools are always available to design and implement these processes without the need for costly third party consultancy.

Given the open standards inherent within many of today’s cloud architectures making it simpler to integrate other systems, the latest cloud-based mobile platforms also provide stronger integration with back-office databases. Such seamless access to back-end intelligence and emergency response systems makes it quicker and easier for security and Emergency Services teams to verify the identity of suspects or retrieve, view and process any documentation they need.

There’s also a number of initiatives currently in development to further improve the data available to officers at the front line. Here, the Home Office is leading the way.

Through its NLEDP, the Home Office is looking to introduce new and enhanced data sets into LEDS including biometrics for fingerprint identification, images from DVLA and passports, ANPR and analytical tools. By collaborating closely with the wider industry and developing API gateway support channels, the Home Office is working to ensure these developments are built into future solutions, in turn making identification quicker and easier for front line officers going forward.

In terms of digital advancements, police forces have been trying to adapt, with many having invested in business change to implement digital transformation, but the biggest problem has been around the depth and speed of this deployment. In ten years of mobile data implementation, less than 10% of all police processes have been mobilised.  Current bespoke solutions take far too long to deploy and can be out of date before they’re even implemented. Another important dynamic is the constant change in law and its effect on operating processes which then need to be amended. 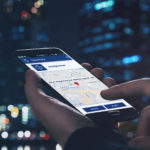 In contrast, the latest cloud-based solutions for mobile are much easier to deploy and increasingly available online via a simple subscriber model and, in some cases, even on a free trial sign-up basis. For those operating in the public sector, software vending portals like the Government’s G-Cloud digital marketplace offer a fast and effective way to find the solutions they need without being locked into expensive contracts with single suppliers.

G-Cloud’s popularity is growing rapidly, with total sales through the portal increasing from zero to £2.4 billion in just five years. It’s also becoming a vital procurement channel for the Emergency Services, and particularly police forces. Since the portal’s launch in 2012, forces have spent a total of £58 million through it, with their expenditure increasing by 98% between 2013 and 2017.

With the Home Office calling for much closer collaboration between the Security and Intelligence Services, the police, partner agencies and private organisations following the recently announced new anti-terror measures, the need for faster and more accurate data sharing has become even more significant.

It’s worth noting that, due to the nature of information being handled at different security levels (OFFICIAL and SECRET), with both of these requiring different implementations of how they handle data, there could be an approach which looked at providing sub-sets of data that could be useful to the Security and Intelligence Services.  This would have to be asymmetrical, with the latter potentially needing to redact some of the information it holds when tightened security was required for more sensitive data.

Held back by outdated systems 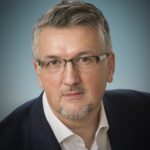 More generally, the security and Emergency Services have for too many years been held back by outdated systems, which are either paper-based or made up of a patchwork of legacy IT systems and technologies. Not only is their performance poor, but the lack of systems integration means they’re simply unable to keep up with today’s fast-growing data/intelligence needs.

With an increasing need for much closer collaboration, it’s critical to consider a fresh approach to technology procurement. A new generation of mobile advancements offering better functionality and systems integration is a good place to start. Only then will we be able to achieve the enhanced collaboration and the inter-agency sharing of intelligence that better mitigates future risks.