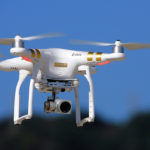 The Government plans to introduce new measures designed to ensure the successful uptake of drones is matched by strong safeguards to protect the public. Measures out for consultation on Wednesday 21 December include the mandatory registration of new drones, tougher penalties for illegal flying near no-fly zones and new signs for no-fly zones at sensitive sites such as airports and prisons and making drones electronically identifiable such that the owner’s details can be passed to police if they’re spotted breaking the law.

The consultation will also consider whether there’s a need for a new criminal offence to be introduced to penalise the misuse of drones.

The Government is determined to make the most of this emerging technology, which is estimated to be worth around £102 billion by 2025, but ministers are clear that drone technology will only be a success if it’s safe.

Aviation Minister Lord Ahmad of Wimbledon said: “Drones have enormous economic potential and are already being used by the Emergency Services, transport and energy providers and conservation groups to improve services, respond to incidents and save lives. While the majority of drone users are law-abiding and have good intentions, some operators are not aware of the rules, or choose to break them, subsequently putting public safety, privacy and security at risk. The Government is taking a common sense approach towards tackling such behaviour, ensuring the safe roll-out of this technology.”

Tim Johnson, policy director at the Civil Aviation Authority (CAA), stated: “Our priority is the safe operation of drones. We cannot underestimate the importance of understanding how to use drones safely and responsibly. The new CAA Drone Code, which forms part of our wider drone awareness campaign, is designed to help protect the safety of the wider aviation industry. Drones have significant potential to drive benefits across a range of sectors, from farming to emergency response and from healthcare to logistics. We encourage anyone with an interest in this area to respond to the Government’s consultation.”

The CAA’s Safety Code and the Drone Safe website, in addition to the recently-released NATS safety app for drone users entitled Drone Assist, are important tools in encouraging safe and legal drone use.

Andrew Sage, RPAS director at air traffic control company NATS, commented: “NATS fully supports the development of the drone industry and is committed to creating a safe and efficient airspace environment that meets the needs of both manned and unmanned aircraft operators. We would encourage all users of the UK’s airspace to respond to the consultation. It’s only by understanding all perspectives and working together that we’ll be able to find the solutions that will see successful manned and unmanned aviation industries both safely operating in the UK.”