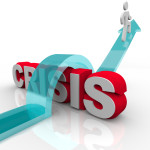 Less than half of today’s Board members state that their organisations have both the capabilities and processes in place to effectively handle a crisis. That’s according to the results of a survey by Deloitte, the business advisory firm.

The study of 317 non-executive global Board members finds that they have confidence in their organisations’ ability to deal with crisis situations, but are somewhat less confident that they’re fully prepared for them.

“Most businesses will face a crisis at some point,” stated Rick Cudworth, risk advisory partner at Deloitte. “In my experience, most Boards now recognise that it’s a matter of ‘When’, not ‘If’. This has been a big change in recent years. Board members should hold frequent discussions with management to ensure a sound and common understanding of what preparations have been made to deal with a crisis. This ought to include regular rehearsals for both executive and Board members.”

Additional findings in the Deloitte survey include the following:

*Disparity between feeling ready versus being ready: More than three-quarters of Board members believe their companies would respond effectively if a crisis struck tomorrow. However, less than half of those surveyed feel their companies engage in monitoring or internal communications designed to detect trouble.

*The ‘Vulnerability Gap’: When asked about specific crisis areas, Board members were more likely to acknowledge their vulnerability than they were to state that they had a plan in place to address the issue.

*Board members are not engaging with management: Fewer than half say they’ve engaged with management to understand what has been done to support crisis preparedness procedures and plans.

“It’s clear that crisis awareness, preparation and resilience needs to be a more prominent topic in the Boardroom,” concluded Cudworth.

“While the approach taken may differ between organisations, our research finds that fewer than a third of crisis-hit respondents recovered in less than a year. No Board should underestimate the challenge that crises bring, not to mention their potential longevity.”