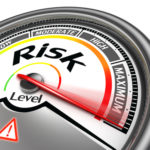 Over a third (36%) of Europe’s CFOs feel more pessimistic about their companies’ financial prospects than they did three months ago, according to the tenth edition of the Deloitte European CFO Survey. This percentage has doubled since the first survey in spring 2015, when the figure stood at 18%.

Fewer than one-in-five CFOs (18%) consider now to be a good time to take on risk, which is the lowest percentage on record. This overtakes the last edition’s record low of 20%.

It’s most noticeable in countries inside the Euro area where just 16% are keen to take on risk at present. Industries more heavily reliant on global trade – including those in the automotive, industrial and transport sectors – show the least risk appetite.

The fall in risk appetite correlates with the continual increase in perceived financial and economic uncertainty. Almost seven out of every ten CFOs (69%) now rate the current level of uncertainty as high or very high.

Expectations for margins and revenues are at their lowest levels since the survey began. For the first time, the number of CFOs expecting a decline in their company’s margins in the next 12 months (38%) outnumber those expecting an increase (30%).

Meanwhile, here in the UK, 78% intend to decrease spending – the highest level in Europe.

Ian Stewart, UK chief economist at Deloitte, said: “Trade disputes, elevated uncertainty and a global slowdown have knocked the confidence of European CFOs. While European equities have soared, risk appetite in the real economy among CFOs has dropped to a four-year low. Faced with an uncertain outlook, CFOs are shelving investment plans and doubling down on cutting costs.”

Around half of all CFOs (51%) surveyed say that clients and customers are applying pressure for companies to take action on climate change. In addition, almost half (47%) feel this pressure from their own employees and 70% say they feel pressure from three or more stakeholders.

In response to this, 70% of companies said they’re increasing or planning to become more energy efficient, for example in their buildings. However, more than half (51%) have not yet adopted any carbon emission targets, while only 27% plan to assess the risk of climate change to their business.

Richard Houston, senior partner and chief executive of Deloitte North and South Europe, concluded: “The survey findings show only a handful of companies are integrating climate change risk into business planning in a significant way. Efforts are certainly increasing, but more needs to be done across industries on an international scale. This should also help businesses to connect with a new generation of consumers, employees and investors alike.”