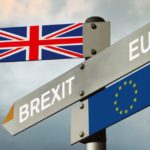 More than eight-in-ten CFOs (83%) say they expect the long-term business environment to deteriorate as a result of the UK leaving the European Union (EU). That’s according to Deloitte’s latest Q2 CFO Survey and represents the highest reading since the EU Referendum back in June 2016.

Meanwhile, the percentage of CFOs who believe that now is a good time to take a greater risk on to their balance sheets has fallen to a figure of 4%: the lowest total since the failure of Lehman Brothers in 2008.

Ian Stewart, chief economist at Deloitte, explained: “Events in the last three years, and recent news suggesting the economy shrank in the second quarter, have added to worries about the impact of Brexit. This is not solely a question of the long-term outlook. Brexit hasn’t happened, but it’s acting as a drag on corporate sentiment and spending. Almost two-thirds (62%) of CFOs expect to reduce hiring in the next three years as a result of Brexit and almost half (47%) expect to reduce capital spending, suggesting a cautious approach from businesses.”

Stewart added: “Ironically, risk appetite in the corporate sector has slumped just as it has taken off in the equity market. Measures of financial market volatility have declined, even though a majority of CFOs rate uncertainty as being at high or very high levels.”

The Deloitte CFO Survey gauges sentiment among the UK’s largest businesses. 79 CFOs participated, including the CFOs of 48 FTSE 350 companies. The total market value of the listed companies that participated is £345 billion (approximately 15% of the UK quoted equity market).

While CFOs are battening down the hatches, investor confidence has surged, with the FTSE breaching 7,600 in July.

Stewart said: “Equity valuations imply that investors believe central banks will save the day, but the downbeat mood of UK CFOs suggests corporates are less sanguine.”

The survey shows that pessimism about the short-term effects of Brexit remains elevated, with 62% of CFOs expected to reduce hiring – the highest level in three years – and 25% cutting M&A as a consequence of Brexit.

There has also been a drop in confidence among CFOs. Of those surveyed, 9% say they’re more optimistic about the prospects for their company than they were three months ago. This compares to 13% in Q1 2019.

Brexit remains the largest risk business face, rated at 65 (on a scale of 0 to 100) compared to 62 in the previous quarter. However, rising geopolitical risks are now the second largest concern for business, increasing to 60 from 55 during the last quarter.

The risk of greater protectionism in the US is also rated at 60, up from 49 in Q1.

Concerns about weakness in emerging markets and the euro area feature at the bottom of the CFO risk list.

Corporates remain focused on defensive strategies with 52% citing cost control as a strong priority, down a percentage point from Q1. This is followed by increasing cash flow, a strong priority for 43% of CFOs, but down from 52%.

Richard Houston, senior partner and chief executive of Deloitte North and South Europe, concluded: “The continued challenging and uncertain macro-economic environment is weighing on the corporate sector and its job creation and investment plans. Companies are looking for more certainty around our country’s economic future as they prepare themselves for a post-Brexit environment.”