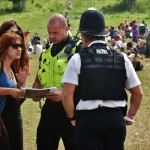 The new-look service, which debuted this week during the Event Production Show at London’s Olympia, is intended as an addition to regular event security services and not as a replacement. One of the key aims, in fact, is to help event organisers use fewer regular police officers on site.

Although the statistic varies between police forces, on average a regular police officer can cost more than £60 an hour while using a Definitive Event Policing officer is considerably cheaper, potentially saving up to 50% in terms of overall financial outlay.

Operating at almost equal capacity to the police service by dint of considerable investment in resources and training, Definitive Event Policing offers a credible facility to supplement police resources at events and, in some cases, substitute them in their entirety.

The new division has been officially launched by director David Boswell, an experienced security professional who entered the security world following an exemplary record of service in the Household Cavalry Lifeguard Regiment of the Armed Forces.

Speaking about this new venture, Boswell told Risk UK: “This is an exciting time for Definitive Event Policing. Already, the response to our launch has been incredibly encouraging. It has taken seven years of hard work, investment and structural development to reach this point, building relationships within the events industry and, of course, with police forces across the country. During that time we’ve identified a real need in the industry for an alternative service to that provided by the police at festivals, a service which they perform extremely professionally but which places a great strain on policing resources and which, of course, has cost implications for organisers.”

Boswell went on to state: “A large part of any successful event is the security and stewarding element, but ensuring that you have a policing resource to supplement the crowd management plan in place is equally as critical. There will always be some events which require a policing input, but with Definitive Event Policing this requirement can now be considerably reduced, in turn providing cost-saving advantages for event organisers.” 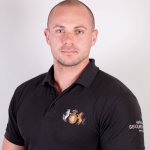 Identifying this dilemma and wishing to find a way that can ease the financial burden of implementing policing services at events resulted in Definitive Ltd forming its own professional, effective and affordable event policing division.

Now, Definitive Event Policing has the capacity to police events as a sole agency or by working in partnership with a given police service or other agencies. Its services give back to the event full responsibility without the need to draw on local policing resources, creating a positive impact for local communities.

According to the company, what makes Definitive Event Policing different from other concerns concentrating on stewarding and security is an “intense training programme” which is regularly updated. Significantly, a partnership has also been forged with former senior police officers Allan Binks and Martin Greaves.

Formerly an inspector with Greater Manchester Police and a trainer at the College of Policing, Binks provides strategic input to the business and boasts vast experience when it comes to commanding major events.

Greaves, who spent 30 years in policing (including lead roles on self-defence, arrest and restraint for the Association of Chief Police Officers), previously served as a training manager for the Metropolitan Police Service at Hendon College. He’s now entrusted with looking after and running Definitive Event Policing’s detailed training programme. 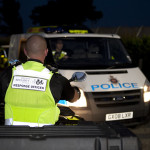 “Having Allan and Martin on board as consultants is vital to the Definitive Event Policing offer,” asserted Boswell. “Our training is the best in the business and far in advance of anything normally offered to security staff, particularly so as our officers undergo refresher courses every year.”

To date, the business’ most high profile success story has been the Glastonbury Festival. Here, Definitive Event Policing worked in partnership with the Avon and Somerset Constabulary, receiving overwhelmingly positive feedback for its efforts.

“This is testament to our service capability,” enthused Boswell, “whereby we supported the security and stewarding staff at this high profile event and responded to calls from members of the public, all the while operating within our policing responsibilities.”