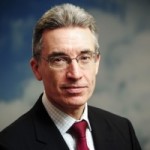 In a detailed analysis carried out on behalf of leading trade body the ADS Group, an economic assessment conducted by KPMG has demonstrated that the UK’s membership of the European Union (EU) delivers key benefits for our defence, security, aerospace and space sectors.

Supported by in-depth interviews with industry, KPMG’s economic study analyses the benefits to these four key sectors’ global competitiveness in terms of access to EU markets and supply chains, skilled workers and EU funding for investment in the UK. The findings are backed by a GfK NOP survey of ADS’ 900 members on their views of how the UK’s membership of the EU impacts their business.

As an organisation, ADS Group represents some of the UK’s most economically important sectors: aerospace, defence, security and space. All four have outpaced national productivity levels by a considerable margin. Collectively, they realise a turnover of £56 billion on an annual basis, provide over 310,000 high-value, high-skill jobs and support almost 800,000 roles across the UK.

Influencing the rules of the EU single market

Paul Everitt, CEO of the ADS Group, stated: “This ADS-KPMG economic assessment demonstrates the significant benefits the aerospace, defence, space and security industries derive from UK membership of the European Union. Our industries are clear that the UK’s continued membership of the EU is good for companies, their employees and the future prosperity of the home nations.”

Everitt continued: “Our sectors value the UK Government’s ability to influence the rules of the EU single market, its role in helping to shape important international regulation and market access as well as the investment in European science, technology and innovation.” 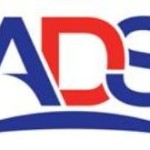 In a detailed analysis carried out on behalf of trade body ADS Group, an economic assessment conducted by KPMG has demonstrated that the UK’s membership of the EU delivers key benefits for our aerospace, defence, security and space sectors

In conclusion, Everitt commented: “This detailed assessment has clearly shown that our sectors want to see change within the European Union with more focus on promoting growth, investment in skills, innovation and competitiveness. They also want to see the UK Government raising its game in order to maximise UK influence and the level to which companies benefit from the support and funding that’s available.”

Nearly 60% of those who participated in the survey cited free trade within the EU as delivering core benefits to their business, closely followed by the simplification of regulations and overall economic growth. Three-quarters of respondents described EU membership as having a positive impact on their business with only 1% believing this to be a negative.

When interviewed, respondents to the survey asserted that the forthcoming EU referendum presented an opportunity for prioritising increased funding from the EU for those UK companies wishing to invest in R&D. Across all four business sectors there was general agreement that the second priority for change should be for greater UK engagement with Brussels and that proactive working within the EU would make it more efficient.

When questioned about the current benefits around free trade and freedom of movement, 89% of ADS members confirmed that they export to the EU while around 5% of employees presently working for ADS companies are currently located in the EU.

Glynn Bellamy, head of aerospace at KPMG UK, commented: “73% of the respondents believe that membership of the EU currently has a positive impact on their business. This is not unexpected given the global nature of the aerospace, defence, space and security industries, with EU membership being seen as a positive factor in trade to a major sales region. Based on the survey, there’s also a concern that UK companies may miss out on the cream of European engineering talent because of restrictions placed on labour movement or suffer from a decline in inward investment as Britain potentially becomes a less attractive destination for overseas investors seeking to access the major European market while benefiting from the UK’s competitive position.”

Bellamy added: “While the report outlines the importance of EU membership to the industry, what’s clear from respondents is that the UK could do more through its membership of the EU to support the sector and ensure that the country plays a role in shaping regulation which would not be possible in the position of a standalone nation.”

Nigel Stein, CEO at GKN plc, explained: “Industry in the UK is operating on a global stage. Membership of the EU gives it the opportunity to participate in decision-making, including the setting of regulation which will impact the industry irrespective of our EU membership.”

In addition to working more effectively with the EU in order to achieve more influence over regulation and pinpointing increased funding for innovation, skills and infrastructure, the assessment highlights the value of modern industrial strategies in improving productivity across the UK.

Going forward, the referendum represents an opportunity for the EU itself to develop a positive and proactive economic agenda that looks at how to work with Member States in enhancing the global competitiveness of the single European market.

*In the interests of complete transparency, ADS would like to highlight the fact that it has been part of successful competitive bids for four discrete EU-funded R&D projects since 2008. In three of these projects, ADS acted as the legal entity in the UK to support funding competitions for UK SMEs to bid for – and win – R&D grants. The fourth project is to host Aerodays, a European Commission Conference held every four or five years to review aeronautical research progress in the EU’s funding for aviation R&D