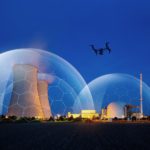 The new CPNI drone detection standard is the first official validation of counter-drone technology. It enables organisations deemed to be of critical national importance to adopt drone detection technology with the assurance that it has been tested rigorously.

“Any organisation needing drone detection technology should consider platforms evaluated and tested by the CPNI,” asserted Amit Samani, Dedrone’s regional sales manager for the UK. “Dedrone’s DroneTracker platform has successfully met the CPNI’s rigorous testing standards. This certification provides further assurances to our customers and partners that our system meets the security needs of the UK’s most sensitive infrastructures. We will continue working closely with Government sector users, risk-critical sites and major corporate customers to provide the most robust available airspace security and defence against drones and multiple drones.” 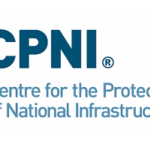 Hardware data was analysed by DroneTracker 4.1, which provides a near-instantaneous decision regarding whether a drone is a threat, and allows security personnel to respond accordingly.

Dedrone creates customised airspace security solutions allowing organisations to identify, track and eliminate sUAS threats. The solution is deployed to customers around the world, including three of the G7 countries, correctional facilities, utilities organisations, airports and corporations (among other public and private organisations).