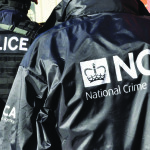 The details of more than 30,000 individual cyber crime threats have been shared with Internet hosting companies as part of a programme of industry engagement carried out by the National Crime Agency (NCA) and CERT-UK, the UK’s Computer Emergency Response Team. Customised threat alerts have been provided to around 50 organisations over a period of nearly three months, in turn enabling them to take remedial action in order to protect their customers and networks.

The alerts included details of server compromises being used for crime including malicious software (malware) infections (used by criminals to take control of and steal data from computers), phishing (attempting to obtain sensitive information by deception), Distributed Denial of Service (DDoS) attacks (flooding websites with requests and making them temporarily unobtainable) and Command and Control systems for botnets (networks of computers infected with malware).

Limited initial analysis of the project has suggested a 12% average reduction in the number of specific threats on the hosting company servers.

While there’s no universally agreed cost of cyber crime to the UK, the NCA estimates that, across a given 12-month period, an overall 12% decrease in malicious domains hosted in the UK could reduce losses incurred by businesses by “tens of millions” of pounds.

This activity follows a similar programme carried out earlier in the year which identified 5,531 compromises on UK servers, and is part of ongoing NCA engagement with industry partners – among them banks and security companies – to collaboratively tackle cyber crime threats.

The NCA is also continuing to inform hosting companies and other relevant businesses that they can join the Cyber Security Information Sharing Partnership (CiSP) to receive live threat data feeds provided by CERT-UK.

Paul Hoare, industry partnerships senior manager at the NCA’s National Cyber Crime Unit, said: “Working with industry to jointly combat cyber crime is a priority for the NCA. Sharing timely and customised intelligence with hosting companies can contribute towards the protection of the UK’s Internet infrastructure. Many alert recipients have taken timely action against the threats identified, and this is likely to have prevented losses to individuals and businesses further down the line. We continue to use all the means at our disposal to make the UK’s people and businesses the most difficult targets for the cyber criminals to aim at.”

CERT-UK’s director Chris Gibson added: “This initiative is another step in helping industry build its resilience and a timely reminder of the importance of collaboration between industry, law enforcement and Government. The alerts are available to companies who are part of the CiSP, which is a free joint industry/Government initiative to share cyber threat and vulnerability information in order to increase overall situational awareness of that threat and, therefore, reduce the impact on UK business.”

The project has also been assisted by the Shadowserver Foundation, a not-for-profit organisation dedicated to making the Internet safer by employing the skills of volunteer security specialists from around the world.