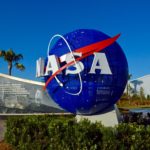 The BBC has reported that NASA has sent an e-mail to members of staff containing a warning that hackers may have stolen their personal data. The hacking episode is said to have occurred last October. NASA waited almost two months to notify employees. The organisation has stated that an unknown intruder gained access to one of its servers storing the personal data of current and former employees. Social security numbers may have been compromised. Similar security breaches at the US space agency happened  back in 2011 and 2016.

Dr Guy Bunker, senior vice-president of products at data security company Clearswift, has now evaluated the episode, looked at the next steps for NASA and also at how the organisation can prevent such attacks in the future, especially so as it appears the space agency hasn’t been able to learn from previous hacks.

“The first thing to note here is that this attack occurred in the USA and impacted US employees, so the rules and regulations governing data breaches are different to those in the UK and Europe,” observed Bunker. “In the USA and in some instances elsewhere, there’s an approach adopted which is to leave the attackers alone when first discovered in order to better understand exactly what they’ve done to the network. In this way, specialist cyber forensic analysts can watch to see all the activity rather than just the obvious. This ensures that, when they close off the vulnerability, they can also close off any other back doors which might have been installed. It also means that more facts on the episode in question can be communicated.”

Bunker continued: “Of course, while this works well for the organisation, the employees involved are placed at an increased risk for a prolonged time. The sooner you know there’s a potential problem, the sooner monitoring services can be set up to watch for fraudulent use of bank details, etc. Within the US, compromised social security numbers in conjunction with other personal details put the individual at high risk of identity theft.”

In conclusion, Bunker informed Risk Xtra: “Unfortunately for NASA, this isn’t its first breach and questions will be asked as to why this has happened again, and what went wrong in the mitigation plans put in place after the previous two breaches. The increasingly sophisticated IT environment means that there are increased opportunities for vulnerabilities to be found by cyber attackers. On that basis, there needs to be increased vigilance on systems, their interconnectivity and data flows.”