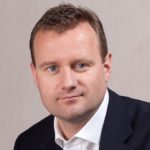 Dan Byles has been appointed in a non-executive role by the British Standards Institution (BSI) to serve as chairman of the organisation’s Standards Policy and Strategy Committee (SPSC), the most senior of the BSI’s Standards Committees. The main objective of the SPSC is to harness the views of key stakeholders from BSI’s standards community in order to provide strategic advice to the BSI Group’s Board on policy issues in the fields of national, European and international standards.

The BSI manages over 1,200 Standards Committees that ultimately report into the SPSC. They’re working on over 7,000 standards projects at any one time. The SPSC has an important governance role, but also a strategic role to advise on technological, social and industry trends.

Byles is a leading figure in the Smart Infrastructure and Internet of Things (IoT) sector where he chairs SmarterUK – the UK smart infrastructure initiative within techUK – and is chief commercial officer at the award-winning software, data and Artificial Intelligence technology company Living PlanIT.

A former British Army officer, Byles stepped down from Parliament in 2015 where he served on the Energy and Climate Change Select Committee and the Science and Technology Select Committee, in addition to chairing a number of influential All-Party Parliamentary Groups (including the All-Party Environment Group).

Byles was founding chair of the All-Party Smart Cities Group and has a strong reputation as a thought leader with regard to Smart Cities, the IoT and digital transformation. As an MP, he was a Parliamentary advisor to the Green Alliance and president of the Young Persons Trust for the Environment.

John Hirst, chairman of the BSI, said: “The Board is delighted that Dan Byles has agreed to chair the Standards Policy and Strategy Committee. His expertise in areas such as Government policy, energy and climate, smart cities, the IoT and digital transformation will provide valuable insight as standards address emerging social and economic challenges. I’m sure that, under Dan’s leadership, the Standards Policy and Strategy Committee will play an ever-stronger role.”

Byles himself commented: “I have long been an advocate for standards as a critical tool in driving performance, confidence and innovation. The BSI is a global exemplar in developing and deploying standards to help organisations of all shapes and sizes achieve more and improve how they attain their goals. With the pace of business change accelerating due to societal and political flux, as well as increasing digital transformation, the role of effective standards making can only become more important. That’s why I’m excited to be supporting the BSI by chairing the Standards Policy and Strategy Committee.”

Byles has succeeded Carol Sergeant, who has stepped down after a highly successful six years in the role. The BSI is very grateful for Sergeant’s long service and outstanding leadership of the SPSC.

John Hirst concluded: “I would like to offer our thanks to Carol Sergeant for her hard work and commitment to the Standards Policy and Strategy Committee during the past six years.”