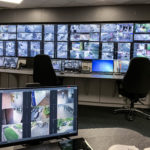 Over 1,000 HD surveillance cameras from Dahua – along with NVRs, XVRs and control and viewing equipment – have been installed in a mainly wireless video surveillance system covering a large London Borough. The cameras are situated right across the Borough at around 80 council properties, including libraries, parks and golf courses as well as housing estates, using some 110 wireless microwave radios spread across an area of 25 square miles.

The system, which has been designed and installed by the DSSL Group, replaces a legacy analogue CCTV set-up that was around 20 years old and becoming unreliable, providing poor quality images and making it harder to comply with data protection legislation. The new system consists of 4K HD cameras, which provide greater coverage with vastly improved image quality and four times the resolution of 1080p cameras, thereby enabling council staff and police officers to scrutinise footage more effectively and gather more compelling evidence.

The Dahua cameras are a mix of PTZ, bullet and turret cameras for extended IR performance. They feature vandal-resistant housings and provide “amazing” image quality in full colour during the day, while in the hours of darkness the cameras switch over automatically to night-vision mode.

The cameras are situated right across the Borough in both built-up and semi-rural areas. Most are linked to a dedicated council Control Room, but around 150 of them are viewed locally using a Dahua keyboard and mouse control and other viewing equipment. Some of the cameras are set up for ANPR, which is used to monitor vehicles and auto-track people by way of facial recognition technology. These units are used to monitor people entering and leaving local council housing estates.

Benefits of the new system

Benefits of the new system include clearer and sharper images – both live and recorded – for accurate identification of suspects, wider coverage per camera, easier sharing and viewing of images by authorised staff and powerful search and analytics tools. Part of a £1.65 million investment by the council, the new surveillance set-up generates savings of around £50,000 per annum in leased line fibre costs alone.

The council’s stated objectives for the surveillance system include making the Borough safe and clean, reducing anti-social behaviour, drug and alcohol misuse and providing reassurance to the public, identifying people who commit offences and gathering evidence for prosecutions, gathering evidence of vandalism, littering, fly-tipping and unlicensed street trading and also providing support during public events and to the emergency services.

Plans for the future development of the system include ANPR in town centres, remote video door entry and the addition of 30 mobile CCTV cameras.

The entire camera system was designed, installed and commissioned on time and on budget by the DSSL Group within a 12-month period.

“This has been a great and demanding project to work on, not least because of the sheer number of cameras installed across a wide area of operation,” said Aaron Stephens, works director at the DSSL Group. “The high performance and intelligent features of the cameras have helped to create an effective and responsive surveillance system for the Borough. The integration of the Dahua cameras to the newly modernised Control Room has allowed the council to provide the added security of 24/7 HD coverage of a huge area, enabling local police to use the system in their daily operations. Images from the system have already successfully been used in court to secure convictions.”