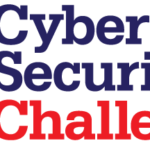 The Intervention Day, which was held at PGI’s Cyber Academy in Bristol, was run specifically for young people who have committed minor cyber crimes and received low-level interventions such as cease and desist orders or cautions. Its aim was to prevent them from re-offending and to encourage them to consider ethical and legal jobs in the cyber security sector.

The cyber security industry is crying out for more skilled workers. Indeed, industry association (ISC)2 estimates the global shortfall of cyber security workers will stand at 1.8 million by 2022.

The day’s attendees were aged 14-18. The majority had previously received either a caution or a cease and desist visit by law enforcement for cyber crime activity. The primary aim of the day was to ensure that young people understand the law and the consequences of offending such that they can make an informed choice.

These young people took part in workshops and training across the day to highlight how their talents could be used constructively in legal and highly lucrative jobs, and also heard from a former hacker who transformed his life.

Partners on this initiative include PGI, BT, Information Risk Management, Grillatech, Ferox Security and the Challenge’s alumni group, namely The Whitehatters Academy. This collaboration of public and private organisations is critical to ensuring the industry can provide intervention for young cyber criminals and offer jobs to those who seek second chances.

At present, there are no formal cyber crime offending rehabilitation programmes, as there are for other more traditional crimes such as speeding, assaults or drugs. Early intervention is essential to ensure young people don’t become involved in further offending with their career prospects being tarnished.

Not aware of boundaries

Debbie Tunstall, head of education programmes, said: “Many young people unwittingly commit cyber crimes as they’re simply not aware of the boundaries, both ethical and legal. We’re seeing a rise in the number of young people committing cyber crimes either through lack of education or the lack of a safe space to experiment. This programme can not only help them to realise right from wrong, but also give them an outlet to channel their expertise and a network of contacts to help them build a lucrative career. These young people often have the exact kind of proficiencies we need to plug the skills shortfall, and it’s very much our job as an industry to support the Government in setting them on the right path.”

The NCA and partners plan to develop the approach further such that it can be a national resource used consistently alongside existing criminal justice processes in order to prevent individuals from becoming involved in cyber crime or re-offending.

Richard Jones, national cyber Prevent co-ordinator at the NCA, stated: “Cyber crime is increasingly easy to commit because of the proliferation of easy-to-access tools, tutorials and online forums to share ideas. Even the most basic forms of cyber crime can have huge impacts. The NCA and the police will arrest and prosecute offenders, which can be devastating to their future. That means there’s great value in reaching out to young people before they ever become involved in cyber crime, when their skills can still be a force for good. Through these events we’re helping young people to fully understand the law and the consequences of offending. We want to demonstrate that a career in the industry can pay a lot more than cyber crime and afford them the sense of accomplishment and respect they’re actively seeking.”

Rob Partridge, head of the BT Security Academy, added: “BT is committed to making sure young people are properly equipped to enter the world of work. We’re supporting the career aspirations of youngsters through a number of programmes that help students, parents and teachers alike to understand the vast range of career options available, and particularly so in the fields of computing and cyber security. This programme is an exciting opportunity to encourage young people to make the right choices when using their computing talent and understand how they can harness their skills to develop a long and fruitful career through which they can realise their full potential. The UK will be needing many more cyber security specialists over the coming years to defend businesses, organisations and individuals from an escalating number of attacks. On that basis, BT will be encouraging the talented individuals involved in this project to pursue a career in cyber security.”

Charles White, CEO of Information Risk Management, explained: “We’re proud to be involved in this initiative and work with the NCA to help guide these young offenders away from crime and ensure they understand that there’s another way to use their talents for good. We’re very proud and fortunate to be home to a number of talented individuals. It’s very exciting for me to watch tomorrow’s talented individuals joining forces at an event such as this.”