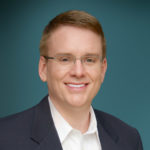 Cyber security professionals are currently busy sharing their predictions for the coming year, writes Jonathan Couch, who’s not a big fan of these types of predictions. That’s because what actually happens in any given year tends to be more of the same with one or two new, unique industry targets or types of attacks that have evolved.

For the most part, threat actors are not really that advanced or even ‘genius. Rather, they are just very good at taking advantage of the bureaucracy of security operations, networks and end users to allow them to make some money or steal information.

What we can say about 2019 is that attackers will increase those simple attacks that worked and leave behind those that didn’t work as well. With that in mind, what will be the unique attack vectors and big headlines that we can expect to witness this year?

‘OT’ is Operational Technology. Basically, the guts of what runs a lot of oil, gas and energy companies when it comes to extraction, generation and distribution. Most companies that have OT networks have snubbed technologies designed to secure IT networks because OT networks are ‘special’. They rely much more heavily on uptime and low latency and leverage unique technologies that traditional security tools may disrupt. There’s a tendency towards segregating these networks and only layering in minimal security. Most of the investment is put into monitoring tools such as performance monitoring rather than security monitoring.

In reality, modern OT networks run very similarly to traditional IT networks, but with fewer users and typically much older technology. I believe the big secret they are trying to hide by not implementing thorough security is that modern tools will not help much with the older technology and they don’t want to invest in another IT network where the costs could skyrocket.

With that conundrum in mind, 2019 is likely to have at least one major attack against an OT network that will cause the industry to take a good look at itself and figure out how to redesign in a secure manner.

The Internet of Things (IoT) has long been the whipping child of ‘Security Armageddon’ predictions. I can find it in most predictions over the past five years, including my own.

The fact remains, though, that IoT security is still very weak at best. IoT devices are flooding the market and they’re still at that point in the maturity curve where usability is much more important than security. The providers are trying to create and expand a market of users with new and unique ways in which to automate our lives. Their focus is on capabilities and being first to market versus secure automation and investing their limited development resources to create functionality that’s also secure.

In 2019, we will start to hear more and more about IoT attacks. The IoT will become a major target once someone figures out how to monetise it. If threat actors can start to steal cars through an app (by unlocking and starting the car remotely) or gain access to user and/or banking information through smart meters outside homes, then they will start to target those technologies.

I go back to my previous statement on attackers. Attackers tend to go for easy targets that will gain them the biggest return. The IoT has a little more maturing and a little more market adoption to go before it becomes a major and regular target. That doesn’t keep it off my list, though. Attackers are looking at it and thinking about it. If someone finds a unique way in which to profit from these technologies or if a new product is launched that everyone just has to have, then 2019 may in fact be the year that IoT-centric scams start in earnest.

I’m still waiting for the robot calls to my virtual assistant to start. It’s just a matter of time…

The term ‘shared situational awareness’ was a huge thing in the US military in the 1990s and early 2000s. There was a lot of money going into projects that would tie together unique solutions (air war, ground war, sea war command and control maps, for example) so that a joint Task Force commander would know what each unit under his or her charge was doing. These technologies also served the purpose of sharing data between the services and sometimes between countries so that we all knew what others were doing, thereby reducing duplication of effort and preventing friendly fire incidents.

The Incident Response Team will spend hours and days collecting information and researching threats in order to remediate a breach, but that information is rarely centralised in a way that the Security Operations Centre or other security teams can leverage it. The same happens when other teams perform similar work. It’s rarely shared across the organisation in a way that it becomes stored and historical knowledge.

This lack of communication and collaboration is usually what attackers rely on in their attacks. In my past days of working in offensive cyber operations, we called it ‘finding the seams’. Identifying those areas where people, process or technology nestle against each other but don’t really overlap. Attackers could rely on information not being shared or handed off properly or efficiently, and could exploit that seam to gain access and hide.

I stated in the beginning that these observations are not really predictions, but rather areas to watch in 2019. That said, organisations with OT networks – or that are incorporating IoT devices into their environments or grappling with silos between tools and teams – should do more than stand back and watch.

Start considering now how to align your resources so that the business can stay ahead of these possible attack vectors and also stay out of the media headlines.