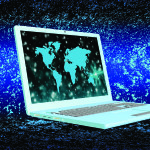 UK bankers and market watchers now place fears about cyber crime at the top of a list of 24 possible security-related and other risks posed to banks – a view slightly at odds with many countries around the world which rate the economic environment as posing the greatest risk.

Banks are seen as prime targets for financial crime, particularly cyber crime, and this has now eclipsed fears of an economic slump or the fallout from intense regulation among the UK banking community.

One UK respondent said: “At some point, we may see a cyber attack on an individual bank that’s so powerful it actually has the power to bring down that institution, necessitating a state bailout.”

The hacking threat is also a concern on the global stage as cyber criminals target the weak links in what’s now a closely interwoven worldwide banking system. Among the 672 bankers, banking regulators and close observers of the banking industry in 52 countries who participated in the survey, criminality was ranked second on the list only behind fears of economic volatility.

Speaking about the survey results, Simon Hunt (UK head of banking and capital markets at PwC), commented: “Although much work has been done by banks and their regulators to strengthen risk controls, banks still have more to do to address the scale of risk and its ever-changing nature. The survey shows a fairly strong global consensus that the main threats to banking safety emanate from areas such as criminality, which has shot up the rankings pretty dramatically, as well as technology risk and conduct practices. Also of note is the risk associated with an organisation’s business model which has not previously featured. The fact that it does now feature in the Top 10 overall, and has ranked consistently high on the global stage, shows that it’s now receiving much thought.”

The UK results resemble those of North America where the Americans and the Canadians are more concerned with criminality than with the macro-economic outlook, possibly because of stronger economic growth.

Generally, the UK responses produce a picture in which many of the crisis-related risks (ie credit, liquidity and capital, etc) and the public sector aftermath (ie political interference and excessive regulation) are beginning to ease.

These are being replaced by a set of institutional risks (ie risks more within the banks’ management control), notably ageing technology, reputational risk, poor business conduct or practices and weak internal governance and risk management systems. However, these risks do tend to be scored more strongly by observers of the banking scene than by bankers themselves.

A breakdown of responses shows that all major respondent types (bankers, risk managers and observers) are strongly concerned about the state of the global economy. Economic concerns are also strong in most geographic regions. “These results show that many people fear the economic recovery will fail and cause severe damage to the banking system,” said David Lascelles, the survey’s editor. “This is a worrying prospect.”

Some marked differences between the UK and the rest of the world include the following:

*Corporate governance: Weakness at the top of banks is viewed as a much more severe risk in the UK than in the world at large

*Reputational risk: Ranks Number 6 in the UK, but only Number 12 elsewhere

*Political interference: Seen to be on the decrease

*Credit risk: Seen as a lessening risk by bankers and risk managers, though less so by observers of the business