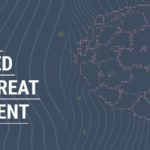 Europol’s 2019 cyber crime report provides insights into emerging threats and key developments. Cyber crime is continuing to mature and becoming more and more bold, shifting its focus to larger and more profitable targets as well as new technologies. Data is the key element in cyber crime, both from a crime and an investigate perspective.

These key threats demonstrate the complexity of countering cyber crime and highlight that criminals only innovate their criminal behaviour when existing modus operandi have become unsuccessful or more profitable opportunities emerge. In essence, new threats do not only arise from new technologies, but often come from known vulnerabilities in existing technologies that remain unpatched for extended periods of time.

Law enforcement must therefore not only focus on the potential impact of future technological developments in cyber crime, such as Artificial Intelligence (AI), but also approach cyber crime in an holistic sense, including prevention, awareness and increasing cyber education and resilience.

In addition to the main trends of 2019, the IOCTA also recommends focusing on two cross-cutting phenomena that enhance all types of cyber crime.

Data is at the centre of crime scenes. Cyber criminals target data for their crimes, so data security and consumer awareness are paramount for organisations. Data security has once again taken centre stage following the implementation of the General Data Protection Regulation. Also, cyber crime is maturing and becoming bolder, shifting its focus to larger and more profitable targets.

*Ransomware: This remains the top cyber crime threat in 2019. Even though law enforcement has witnessed a decline in the overall volume of ransomware attacks, those that do take place are more targeted, more profitable and cause greater economic damage. As long as ransomware provides relatively easy income for cyber criminals and continues to cause significant damage and financial losses, it’s likely to remain the top cyber crime threat

*DDoS attacks: While using ransomware to deny an organisation access to its own data may be the primary threat in this year’s IOCTA, denying others access to that organisation’s data or services is another significant threat. Distributed Denial of Service (DDoS) was one of the most prominent threats reported to Europol. Many banks report that DDoS attacks remain a significant problem, resulting in the interruption of online bank services, creating more of a public impact rather than direct financial damage

*Data overload in fighting child sexual exploitation material: The amount of material detected online by law enforcement and the private sector continues to increase. This increase puts considerable strain on law enforcement resources. One development that could be of concern for online child sexual exploitation is ongoing improvements of deepfakes. Deepfake technology is an AI-based technique that places images or videos over another video

*Self-generated explicit material: This is now more and more common, driven by a growing number of minors with access to high-quality smart phones. A lack of awareness about the risks on the side of minors exacerbates the problem still further

*Smart Cities: The most visible ransomware attacks in 2019 were those against local Governments, specifically in the United States. Whether this trend will also become a threat to EU Member States is something to be seen, but experiences in the US are a warning

*The Darknet is becoming more fragmented: There are increases in single-vendor shops and smaller fragmented markets on Tor, including those catering for specific languages. Some organised crime groups are also fragmenting their business over a range of online monikers and marketplaces and, by doing so, presenting further challenges for law enforcement

*Blockchain marketplaces: In addition to circumventing law enforcement, criminal developers are also motivated by the need to increase trust with their customer base on Tor in terms of anonymity, but also by reducing the risk of exit scams. An example of such a market is Black Dog. It claims to be the ‘first-ever truly decentralised crypto market’ and depends on the Ethereum blockchain to facilitate transactions

*Business e-mail compromise: Data returns to the discussion of business e-mail compromise, which is a crucial priority reported by both Member States and the private industry. While this crime isn’t new, it’s certainly evolving. This scam exploits the way corporations do business, taking advantage of segregated corporate structures and internal gaps in payment verification processes

Looking back to plan ahead

Catherine De Bolle, Europol’s executive director, commented: “This year’s IOCTA demonstrates that, while we must look ahead to anticipate what challenges new technologies, legislation and criminal innovation may bring, we must not forget to look behind us. ‘New’ threats continue to emerge from vulnerabilities in established processes and technologies. Moreover, the longevity of cyber threats is clear as many long-standing and established modus operandi persist, despite our best efforts. Some threats of yesterday remain relevant today and will continue to challenge us tomorrow. Also, the global impact of huge cyber security events has taken the threat from cyber crime to another level. At Europol, we see that key tools must be developed to keep cyber criminals at bay. This is all the more important considering that other crime areas are becoming increasingly cyber-facilitated.”

Dimitris Avramopoulos, the European Commissioner for migration, home affairs and citizenship, added: “Cyber criminals are becoming bolder than ever and so should we in our common European response. I’m glad to see that Europe’s efforts to tackle large-scale cyber attacks across borders are bringing results, but I’m distraught by the fact that child sexual abuse material continues to thrive online. We all need to step up our efforts at all levels. Cyber security isn’t just the task of national law enforcement. It’s a responsibility for all of us towards our citizens.”

Julian King, European Commissioner for the Security Union, concluded: “Cyber crime is a rapidly evolving threat in its own right, but also as a tool of serious and organised crime. I fully support the excellent work transacted by EC3 at Europol to help Member States in the fight against this growing menace.”

Addressing the Talent Shortfall in Technology: What’s The Answer?