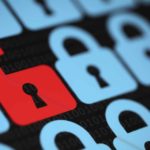 Huge fines have been imposed on some organisations following a data breach, but what’s the long-term impact of such an event? A study conducted by Thales e-Security has shown that the majority of people would reduce or eliminate their use of an organisation’s products or services following a data breach, while only 16% of respondents indicated they would continue to use a company’s products or services as usual post-breach.

According to the UK-based study*, one-in-five individuals (20%) would withhold custom altogether from an organisation that had been breached, while over one third (37%) stated they would only use their products and services if there were no other alternatives.

This major rejection of organisations that have been breached demonstrates why business continuity professionals are concerned about this type of threat. In fact, the Business Continuity Institute’s latest Horizon Scan Report identified data breaches as the second most important threat (after cyber attack), with 80% of respondents to a global survey expressing concern about the possibility of such an incident occurring.

“It’s vitally important for firms to recognise just how much of their customer base might be lost in the wake of breach incidents,” said Sol Cates, vice-president of technology strategy at Thales e-Security. “With more than half of respondents saying that they would either immediately stop using an organisation’s products or services altogether, or use them only if they have no other choice, effective security controls specifically placed around data to prevent and minimise damage from data breaches become an absolute requirement.”

The survey also questioned respondents on what they would be most concerned about following a breach of their personal information. Nearly half (46%) stated that money being stolen from their bank account was the main concern, while two-in-five suggested that it was having their identity stolen.

“The theft of money from someone’s bank account as the result of a breach is a very tangible fear, but realistically it’s much less likely than other outcomes,” continued Cates. “The implications of identity theft should pose far more of a concern, as they can be extremely painful and long lasting, with the ‘clean up’ process from incidents taking months or even years, and potentially having long-term effects on someone using and obtaining credit when it’s really needed. Once your data is ‘in the wild’, your life is never really the same again.”

*The survey was conducted by Wakefield Research between September 22 and September 28 this year and involved 1,023 nationally representative UK adults aged 18 and over. There was both an e-mail invitation and an online survey. Quotas were set to ensure reliable and accurate representation of the UK’s adult population in the 18 and older age range