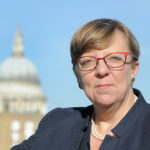 A package of measures designed to improve how the criminal justice system deals with disclosure has been unveiled. The measures – on top of actions taken over the last few months – are contained in a plan published by the Crown Prosecution Service (CPS), the National Police Chiefs’ Council (NPCC) and the College of Policing.

They include reviewing disclosure training with the College of Policing, developing a cadre of specialist and experienced disclosure experts in every force, providing all multimedia evidence from the CPS to the defence digitally, putting in place specific improvement plans for each force and CPS area and setting up a system for the CPS and the police to better identify and deal with cases with significant and complex disclosure issues.

Alison Saunders, the director of public prosecutions, said: “The CPS and the police have a vital role to play in ensuring there’s a fair trial process in place to protect the public. Proper disclosure is a fundamental part of this. The steps we’ve already taken, along with the measures now being announced, are aimed at tackling the deep-rooted and systemic disclosure issues which are of great concern to us all.”

Saunders continued: “Changes in society such as the vastly increasing use of social media and mobile phone messaging bring challenges that all parts of the criminal justice system must deal with despite the resourcing challenges. That’s why, last week, I brought together senior figures from across the system to focus on the challenges and agree on our plan of action. I’m clear that we must make effective change happen quickly and then keep driving these improvements in the months ahead.”

Chief constable Nick Ephgrave, the NPCC’s lead for criminal justice, stated: “Disclosure is an essential element of the criminal justice process, but has too often been seen as an administrative task completed at the end of an investigation, exacerbated by the rapid expansion of digital material involved in almost every case. We now need to firmly embed disclosure in the investigative mindset from the outset of any investigation.”

Ephgrave also outlined: “Reviews of recent cases have shown a range of issues leading to failures, but there has been no intention by officers to conceal information. This plan will support investigators to ensure that disclosure is right by making responsibilities and processes clearer and systems easier to use and by providing access to expert support and training together with improved oversight and leadership. We’re confident that this plan will lead to real improvements in quick time, but it also looks to the future, and in particular the opportunities that new technologies could offer us.” 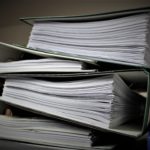 Alison Saunders also commented: “We are taking steps to identify any individual cases of concern as a matter of urgency. All cases are subject to regular and ongoing scrutiny, but senior prosecutors across England and Wales are currently assessing all live rape and serious sexual assault cases to check that they’re satisfied all disclosure obligations have been met. Inevitably, bringing forward these case reviews means it’s likely that there may be a number of cases which we will be stopping at around the same time.”

Saunders concluded: “The checks and balances throughout the process are designed to identify issues before trial, allowing cases to be stopped when that’s appropriate. However, in light of the current public concern, it’s only right we satisfy ourselves that decisions are being made as soon as they possibly can be.”

Since the publication of Her Majesty’s Crown Prosecution Service Inspectorate’s (HMCPSI) report ‘Making It Fair’ in July last year, the CPS and the NPCC have taken a number of steps to improve the way in which disclosure is dealt with, including by improving the CPS’ digital case management system to make it easier to deal with evidential material, reviewing the police HOLMES computers system to ensure sensitive material is stored and disclosed properly, refreshing the CPS’ Disclosure Manual (an updated version to assist both the police and prosecutors in meeting their obligations will be published shortly) and establishing CPS disclosure champions to give advice and support in areas such as training for prosecutors.