CrowdControlHQ: “IT directors ignore social media risks at their peril” 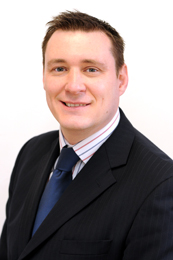 Marc Harris (CTO at CrowdControlHQ) examines the issues facing IT directors from the use of social media.

Many IT directors operate their own personal Facebook and LinkedIn accounts. However, when it comes to corporate social media they pass responsibility for management of same to the Marketing Department. Are they doing so at their peril?

Let me start with the elephant in the room, namely the role of the IT director. After an extensive IT career in the media, telecommunication and technology sectors, recent experience has led me to conclude that social media needs to be firmly at the top of the priority list of every IT director.

In my current role, I see at first hand the impact of reputational damage realised by both internal and external sources through the use of social media, and find it surprising how few IT directors are willing to discuss the issues or attend conferences on the subject.

Perhaps they feel an unwelcome interference or ‘elbowed out’ by this new communication channel which has evolved extensively under the umbrella of marketing?

In future, the organisations succeeding in the social media space will have Marketing and IT Departments working seamlessly together to tackle the issues. The ‘DNA’ of IT makes it the most qualified department to deal with some of the risk issues that surround social media, so why isn’t it more involved?

Today, social media is being used in every aspect of business, from the Boardroom right through to the delivery of customer service. By its very nature, social media is a collective responsibility. Not surprisingly, its reliance on ‘collaboration’ has in some instances manifested itself as ‘sharing’ responsibility for posting of content’¦ and even the sharing of passwords!

I once overheard a social media officer quite gleefully boasting the fact that they had the Twitter login to hand for their company chairman. When challenged, the officer admitted that he was ‘The Chosen One’. If he was off sick that was it” no tweets or updates! Worse still, if he left the organisation he had the power to bring the place down tweet by tweet.

As an IT director, this is the stuff that would have kept me awake at night, yet in a world powered by social engagement new rules seem to apply.

Recent research also reported that a scarily large number of employees still use the dreaded Post-It note to record their login usernames and passwords, stuck to walls, desks and even the computer screen. Apparently, we’re not coping well with the need to access everything online from social media to our weekly shop and fear our mobile devices could be stolen. We’re reverting to pen and paper, it seems.

This practice can only end in tears. There have now been too many examples of ‘rogue’ tweets, no audit trail of who posted them (or why) and organisations” who, frankly, should have known better” being left rosy cheeked, so why is this practice still so rife?

Why would an employee, with their job on the line, ‘fess up’ when they know that at least 15 other people had access to the account that day?

I also believe that few IT Departments have a handle on the number of users across their ‘official’ social media accounts, let alone a log of which password protocol they’re using, how they are accessing the site or posting.

Need to look both ways

We cannot just blame the employees. Even organisations with the most robust and celebrated IT protocols let themselves down when it comes to simple issues such as data storage. I suspect very few IT directors are crystal clear about where their marketing communications teams are storing their social media campaigns, let alone harbour an understanding of the conversations from the past that they may need to reference in the future or where they keep their notes about their customers linked to these campaigns.

I would hazard a guess that many IT Departments are breaking their own compliance and governance issues when it comes to social media.

Today, there’s no need to share passwords. The social media ‘savvy’ have cottoned on to tiered password access, with both the IT and Marketing Departments having an ‘on/off’ switch to give them instant control in times of crisis. If IT is involved in the installation of a Social Media Management Solution (SMMS) they can see exactly who’s plugged into the system, where accountability lies and who they need to train and develop to uphold the security protocols needed in order to keep an organisation’s reputation intact.

Within the scope of most IT budgets a SMMS will be a drop in the ocean but will address these major issues. Any smart IT director will already be looking at a SMMS if there isn’t already one in place. Such a system gives control back to the organisation. All passwords are held in one place such that accounts are not owned by individuals but by the company. The right system gives an organisation the ability to moderate content at a senior level. In turn, the risk of misuse or mistakes can be eradicated. A SMMS also takes care of the practical management issues.

I fear that some organisations are taking a step backwards in terms of their technological evolution, reverting to time-wasting and ineffective manual processing of social media (eg multiple logins to different social media platforms rather than using readily available tools for automation and effectiveness).

The message is clear. IT directors ignore social media at their peril. When it comes to corporate social engagement, it’s time for them to wake up, check and challenge.