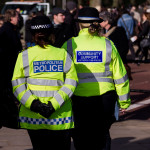 The latest Crime Survey for England and Wales issued by the Office for National Statistics for the year ending September 2014 shows that, for the offences covered, there were an estimated seven million incidents of criminality perpetrated against households and resident adults (aged 16 and over) in England and Wales. That statistic represents an 11% decrease compared with the previous year’s survey and, indeed, is the lowest estimate since these studies began back in 1981.

The Crime Survey for England and Wales covers a broad range of victim-based crimes and also includes those crimes which do not come to the attention of the police. According to the Office for National Statistics (ONS), decreases are evident for almost all crime types compared with the previous year, including vehicle-related theft and criminal damage (both falling by 15%) and other household theft (down 9%).

In contrast, police recorded crime shows no overall change from the previous year, with 3.7 million offences recorded in the year ending September 2014.

The ONS states: “The renewed focus on the quality of crime recording is likely to have prompted improved compliance with national standards, leading to more crimes being recorded than previously. This is thought to have particularly affected the police recorded figures for violence against the person (up 16%), public order offences (up 10%) and sexual offences (up 22%).”

The numbers of rapes (24,043) and other sexual offences (48,934) are the highest recorded by the police since 2002-2003. As well as improvements in recording, this is thought to reflect a greater willingness of victims to come forward to report such crimes.

There has been an increase in the volume of fraud recorded (up by 5% year on year). The ONS points out that it’s difficult to judge to what extent this figure was affected by the transfer in responsibility of recording fraud offences from individual police forces to Action Fraud or to what extent the total reflects an increase in public reports or a rise in actual criminality.

It’s thought that levels of fraud are substantially under-reported and, on that basis, these figures simply provide “a measure of such offences” as brought to the attention of the authorities.

The ONS comments: “These trends in burglary and vehicle-related thefts are thought to reflect what criminologists describe as ‘target hardening’, making it more difficult for criminals to commit crime, for example by improving household and vehicle security. It may also reflect a change in the value of goods and their attractiveness to criminals.”

That said, advances in technology and the rise of the Internet have provided new opportunities for criminals to commit crime. This has raised questions as to whether the fall in conventional crimes, as described above, has simply been replaced by new types of crime that are not yet well measured by the statistics.

While fraud and cyber crime are not currently included in the headline Crime Survey for England and Wales estimates, the survey has included questions on bank and credit card fraud since the 2005-2006 study. The survey showed a rise in the level of victimisation, followed by a reduction after Chip and PIN technology was introduced (described by the ONS as another example of ‘target hardening’).

The latest Crime Survey for England and Wales estimates show that 5.2% of card owners were victims of card fraud in the last year, highlighting a small increase compared with the previous year. This level of victimisation is higher than more traditional offences, such as theft from the person (1%) and robbery (0.2%).

As far as the household population is concerned, this suggests some of the fall in Crime Survey for England and Wales-unearthed criminality since 1995 has moved into these new types of crime not included in the headline estimates but, crucially, not at a volume sufficient to eradicate the substantial falls described above.

The ONS is keen to point out that work ongoing to incorporate measures of fraud and cyber crime into the main Crime Survey for England and Wales estimates.

What do other sources tell the ONS about occurrences in the areas of fraud and cyber crime? There have been improvements in administrative data on fraud and cyber crime. Since April 2013 Action Fraud, the public-facing national reporting centre, has taken responsibility for the centralised recording of fraud offences which were previously recorded by individual police forces. The latest figures show around 213,000 fraud offences were reported to Action Fraud in the year ending September 2014. To put this into context, that’s is equivalent to four recorded offences per 1,000 members of the population (ie over twice the rate of theft from the person and four times the rate of robbery recorded by the police).

Following the transition to Action Fraud there was an initial rise in the volume of fraud recorded by them. However, it’s difficult to judge to what extent this increase in recorded fraud offences reflects improved recording practices, an increase in public reports or a rise in actual criminality. More recent data shows levels of fraud reported to Action Fraud have remained generally flat over the past 18 months.

As physical violence is a crime that cannot be committed online, the ONS can have more confidence that reductions in levels of violent crime reflect real changes in society. The latest survey estimates that around two in every 100 adults were the victim of violent crime compared with around five in 100 adults in 1995.

These averages do mask significant variation by type of violence and across the population. For example, men aged 16-24 were most likely to suffer violence at the hand of strangers (4.6% in the 2012-2013 survey) while older women were least likely (0.1% of women aged 75 and over).

In contrast, younger women were most likely to experience domestic violence, with older men least likely (for example 12.5% of women aged 20 to 24 compared with 2.4% of men aged 55-59).

The Crime Survey for England and Wales doesn’t cover homicide (ie murder, manslaughter and infanticide), but police recorded crime is thought to provide a comprehensive picture of such crimes and is not subject to the same concerns around the quality of recording as is the case for some other offences.

Rise in recorded incidents of violence

In contrast with the latest figures from the Crime Survey for England and Wales, the police recorded crime series show a 16% rise in the volume of violence. What’s behind this apparent discrepancy, then?

There’s good evidence to suggest that the rise in recorded violence reflects changes in police practice rather than levels of crime. It’s known that violent offences are more prone to subjective judgement by the police about whether or not to record the offence. There has been a renewed focus in the last 12-18 months on the quality of crime recording and a drive to improve the police service’s compliance with national standards for recording. This is thought to have led to a greater proportion of reported crimes being recorded.

Nearly all of the police forces (40 out of 43) recorded an increase in violent crimes compared with last year, with the largest volume increase shown by the Metropolitan Police Service.

It has been suggested that the rise in London is partly attributable to a greater proportion of reports of violence being recorded by the police as crimes than previously. Further evidence that levels of violent crime have actually been falling is provided by several health data sources. These patterns are consistent with the trend shown by the Crime Survey for England and Wales.

In recent years there had been a growing gap between the two sources, in turn suggesting a reduction in police compliance with national recording standards. However, the gap between the two data series appears to be closing. This is thought to have been driven by the improvement in the recording of violent offences since Her Majesty’s Inspectorate of Constabulary carried out a national inspection of crime data integrity.

Commenting on this latest set of figures, Chief Constable Jeff Farrar – the National Policing Lead for Crime Recording – said: “We’re pleased that the Crime Survey for England and Wales shows that the number of people experiencing crimes such as violence, criminal damage and burglary has continued to fall to its lowest level since the survey began in 1981. We’re particularly reassured that this is combined with an increase in police recorded figures of violence and sexual offences. This is largely due to a renewed police focus on the quality of recording and a greater willingness from victims to come forward and report such crimes, past or present, with the confidence that they will be fully investigated.”

Farrar added: “Our challenge is to deal effectively with the growing demand from complex public protection issues and cyber crime – where the offences, and the outcomes of the police response, are not easily measured in the current system – while further improving recording and keeping traditional types of crime down. On a local and national level, chief constables are working to shape the police service so that it can meet that challenge.”