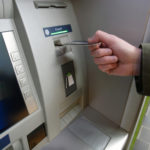 Alongside LINK, the UK’s cash machine network, Crimestoppers has reaffirmed its commitment to combating physical attacks on ATMs and card fraud by renewing the two organisations’ dedicated crime-fighting partnership for a ninth straight year.

The partnership began back in 2008 and, since that time, has led to many campaigns focused on helping to protect members of the public from cash machine crimes by raising awareness of a form of criminality that affects communities right across the UK.

The two organisations also have an agreement in place offering rewards of up to £25,000 for information received through Crimestoppers’ 0800 555 111 number that leads to an arrest and conviction of an individual responsible for an attack on a cash machine or card fraud crime.

Rodger Holden, director of business development for Crimestoppers, said: “Preventing card fraud and physical attacks on ATMs is of great importance to LINK, while the impact such episodes have on the local communities is something they very much care about. As an independent charity, Crimestoppers has a responsibility to those communities to help keep them safe and ensure that those with information on ATM crime and card fraud have a voice, but can remain anonymous when speaking up. I’m extremely pleased that we’re able to continue our long-standing relationship with LINK, and hope that, together, we can make local communities safer environments.”

John Howells, CEO of LINK, commented: “We’re delighted to continue our relationship with Crimestoppers in order to help combat cash machine crime in the UK. ATM crime is an issue that LINK takes very seriously, and cracking down on its occurrence is a key objective for the industry. This partnership and the LINK Reward Scheme is an important element of our ongoing commitment to keeping ATM users and their cash safe.”

On 14 and 15 November, the Finnish National Bureau of Investigation, the Spanish Guardia Civil, the West Midlands Police Regional Cyber Crime Unit and the Royal Canadian Mounted Police, supported by Europol’s European Cyber Crime Centre (EC3), teamed up in a cross-continental joint action day aimed at breaking down an international ‘card not present’ fraud network. The operation took place simultaneously in Canada, Finland, Spain and the UK and resulted in 15 arrests.

Initiated by the Finnish authorities, the investigation uncovered that the members of the organised crime group had in their possession more than 6,000 credit card details, which they had used to attack more than 170 e-merchants with fraudulent activities exceeding EUR 1 million.

After making the first purchase using the stolen credit card information, the criminal network uploaded and sold the data on a website available on The Dark Web with the purpose of it being re-used by other criminals.

This transnational operation is particularly important in the fight against credit and debit card payment and online fraud as the organised crime group was very active in its attempt to recruit new members of a young age, as well as providing them with the technical skills necessary to perform this illegal activity.

EC3 contributed towards the success of the investigation by producing analytical reports and hosting an operational meeting at Europol’s headquarters in The Hague.