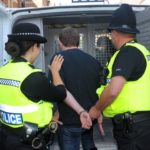 The latest figures from the Crime Survey for England and Wales (CSEW) have been issued by the Office for National Statistics. They show that there has been no change in the overall levels of crime in the last year. However, there are variations in different types of crime.

Chief constable Andy Cooke, the National Police Chiefs’ Council’s lead for crime, said: “These statistics show the overall level of crime has remained stable, with people still very unlikely to be a victim of crime. Tackling violence is a police priority and our tactics are working. Intelligence-led Stop and Search, weapons sweeps and effective targeting of habitual knife carriers have led to a 17% increase in the number of people arrested for possession of a knife.”

Cooke continued: “The further fall in charging rates is concerning, but not surprising. In the past decade, we’ve dealt with more complex crimes and increasing demand while our resources fell. Changes to crime recording mean that we now record more crimes that have no realistic prospect of conviction, which also affects the statistics.”

In conclusion, Cooke stated: “With 20,000 new police officers on duty in the next three years, we will be more proactive and target persistent criminals who inflict misery on our communities.”

As the rates of knife and sharp instrument offences continue to rise, the Police Federation of England and Wales has urged that more resources are needed to combat what the organisation references as a ‘crime epidemic’.

The latest CSEW suggests that, ahough there has been a 6% fall in homicide, there has also been a record 7% rise in knife/sharp instrument offences and a 12% rise in robbery.

The Federation’s national chairman John Apter said: “Until policing has the resources it needs, these increases in recorded crime will continue to grow. Society has become a more violent place, and the police cannot and should not be expected to fight this crime epidemic alone. We need more support from other areas of the public sector. This isn’t a simple problem to fix.”

The CSEW statistics highlight a 12% rise in violence against the person, a 14% rise in theft and a 21% rise in drug possession.

Apter continued: “Policing needs more resources. The criminal justice system needs more investment and we need more prison places to ensure the most violent offenders are behind bars. The Government’s funding announcement for policing was a move in the right direction, but it goes nowhere near enough on undoing the damage from the past decade of Government cuts. We need long-term sustainable funding which must make a positive difference to policing. This is what policing needs and it’s what the public deserves.”