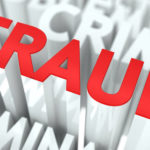 A criminal group whose constituent members were jailed for defrauding the NHS have been ordered by the presiding Judge at Basildon Crown Court to hand over their assets or face more time behind bars following an NHS Protect investigation initiated with a view towards recovering the money involved.

After the original fraud investigation conducted by NHS Protect, which led to the longest-ever trial at Basildon Crown Court, the gang members were found guilty of conspiracy to defraud Basildon and Thurrock University Hospitals NHS Foundation Trust.

On Thursday 24 November, in his final ruling under the Proceeds of Crime Act, Judge Owen-Jones ordered that the NHS must be compensated by a total of £519,539.51. In addition, £59,000 must be paid to the Treasury.

The above figures represent a determination that the benefit to the group from their crimes was £577,139.17.

In addition, John Mulholland was ordered to pay £75,000 in costs to the Crown Prosecution Service.

The grand total they must pay back is £650,000. Unless they pay up within six months, Mulholland will face a default jail sentence of another 21 months in prison. The default sentence for the other three will be 18 months each.

The four perfusionists all held good jobs doing ‘life and death’ work. However, they abused their highly trusted and respected positions. The four were also the directors of a private company, London Perfusion Science Ltd (LPS), a vehicle they used to work privately and profitably at numerous other NHS hospitals at times they were already being paid to work at Basildon Hospital. They only worked 55% of their contracted hours at Basildon Hospital, and the court determined that they had failed to work the 14,000 hours for which they had been paid.

The trial was notorious for the colourful language uncovered by investigators in e-mails between the fraudsters revelling in their scheme, which they wrongly assumed the NHS would never uncover.

At one point, they were like euphoric gamblers after a big win, with Mulholland deriding Basildon Hospital, his official place of work, as “Bas Vegas”.

They began working at Basildon Hospital in the Summer of 2007 at the (then) new Cardio Thoracic Centre, which treated its first patients in July of that year. At the time, three of them lived in the fashionable Limehouse district of East London.

Mulholland, an expert in his field who has had some of his papers published in international journals, assembled the whole perfusionist team to work at Basildon Hospital. From the outset, he pushed for a larger perfusion team than was required for the work of the unit and immediately began to use the staff to undertake private work at other hospitals. None of the four notified Basildon NHS Trust of the conflict of interest that clearly arose from their directorships of LPS.

Junior members of staff were instructed by Mulholland to work at other hospital sites, but were never paid a penny by LPS. Instead, Mulholland signed off for them to be paid up to 30 hours a month extra from the NHS’ budget under the banner of “emergency call-out work”.

Sue Frith, managing director of NHS Protect, observed: “John Mulholland and his associates have tried their utmost to avoid returning any of what they stole to the NHS. Our investigators didn’t rest on their laurels after putting them behind bars, but rather worked tirelessly to recover as much public money as they could. The message here is clear: defrauding the NHS results not only in criminal records. Career and financial consequences can also be very severe.”

Frith added: “All suspicions of fraud reported to NHS Protect will be followed up and investigated wherever appropriate. We press for the prosecution of offenders and seek the strongest possible sanctions.”