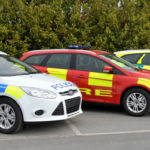 The all-new communications system being put in place for the Emergency Services will now cost just shy of 50% more than originally expected and is “unlikely” to be ready to be delivered by the target date of 2022. According to the National Audit Office’s (NAO) latest report, the Home Office now forecasts that the Emergency Services Network (ESN) will cost somewhere in the region of £9.3 billion. That’s a substantial £3.1 billion more than initially planned by central Government.

£1.4 billion of this amount is being spent on extending Airwave, the existing dedicated digital radio network which has been used by the Emergency Services since 2000. The new plan is for Airwave to be switched off in December 2022: three years later than the original planned date of this year. Further, the NAO believes that these costs are highly uncertain, and that the ESN is “unlikely” to be ready by 2022.

Parts of the programme have progressed since the NAO last reported in 2016. EE has upgraded its network to enable priority emergency calls to be made by the Emergency Services and has extended its coverage to reach 98% of the population of England, Wales and Scotland. The NAO recognises that the Home Office’s reset has addressed some of the programme’s issues, introducing as it does a staged approach to the roll-out, replacing a key piece of technology, strengthening its management teams and processes and re-negotiating contracts. However, the NAO feels that “serious risks remain” which the Home Office is yet to resolve.

The required technology to allow the Emergency Services to communicate effectively using ESN is not yet ready. For example, aircraft are currently unable to receive the signal needed to communicate with those on the ground and devices are unable to communicate directly with one another without a network signal. Emergency Services also need to be able to make near-instant calls at the push of a button. This technology is still in development and will not meet user requirements until at least 2020. The different elements of technology also need to be integrated to work effectively together, but the Home Office is yet to devise a detailed plan of how this will be achieved.

The NAO doesn’t think the Home Office has demonstrated that it understands the challenges the Emergency Services face in introducing the ESN, such as incurring extra costs by having to switch. The Emergency Services don’t yet know how much money they will need to invest in infrastructure to improve the coverage or to make Control Rooms compatible. Some worry that this could place further financial pressure on other services they provide.

There are also a number of commercial risks to the ESN. The Home Office is currently renegotiating the programme’s main contracts with Motorola and EE, but these are behind schedule. Motorola needs to be carefully managed as it’s both a main supplier to the ESN and the owner of Airwave. It could therefore benefit financially from further delays if Airwave is extended. The Home Office is also yet to agree who’ll be responsible for running the ESN service once it’s launched.

Currently, the Home Office doesn’t have the capability it needs to integrate and test the ESN, which comprises multiple pieces of technology that must be made to work together. The Home Office is planning to let a new contract to provide programme advisory and delivery services in 2019.

The Home Office expects the ESN to be cheaper than Airwave in the long run, but the savings will not outweigh the costs until at least 2029. This is already seven years later than originally intended. The Home Office believes that the ESN will bring £1.5 billion in financial and economic benefits by 2037. The largest economic benefit (£643 million) is  associated with increases in police productivity. Police representatives have informed the NAO that they hadn’t agreed these figures with the Home Office.

The NAO recommends that the Home Office tests its overall programme plan to determine whether the new schedule for launching the ESN and shutting down Airwave is achievable. The Home Office should also develop a contingency plan that sets out what it will do if the technology upon which it’s relying doesn’t work.

Amyas Morse, head of the NAO, observed: “The success of the Emergency Services Network is critical to the day-to-day operations of our Emergency Services that keep us all safe. The Home Office needs a comprehensive plan with a realistic timetable that properly considers risks and uncertainties. It has already been through one costly reset and is in danger of needing another unless its house is in order.”

Response from the BCI

Commenting on the Business Continuity Institute’s (BCI) website, Rachael Elliott (the organisation’s head of thought leadership) stated: “Concerns raised regarding the overspend highlight that ministers are expected to approve a decision which will mean the ESN will not be as “resilient to power cuts” as the existing Airwave system. One of the primary methods by which the new system is slated to save the Government money is by abandoning the Airwave terrestrial trunked radio network (Tetra) in favour of “piggybacking” on 4G networks. The BCI’s own 2019 Emergency Communications Report, which is supported by crisis management and communications company E24, discusses how the unavailability of a mobile network was the primary cause of communications failure during a crisis. This new system raises cause for similar concerns, and particularly so when communication is required between airborne craft such as helicopters and ground operations.”

Elliott continued: “The BCI’s research also revealed that 45% of organisations continue to use messaging services such as WhatsApp as a primary method of communication during a crisis. They frequently find that network problems inhibit the flow of information and, in remote areas, negate its use entirely.”

Elliott concluded: “While we can assume the new Emergency Services Network will have more advanced 4G coverage than most consumers are currently experiencing, the BCI would welcome further evidence as to the potential effectiveness of the new technology. Comparing the effectiveness of the system with countries like South Korea where 4G penetration is 97.5% does little to provide reassurance when, according to the latest OpenSignal.com report, UK penetration levels stand at 77.3%.”