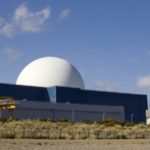 Sizewell B supplies 1,198 MW of electricity to the national grid

Risk management consultant Corporate Risk Associates (CRA) has been awarded a new contract by EDF Energy to perform a technical review of a reliability analysis developed for upgrades to the Process Control and Distributed Computer Systems at Sizewell B.

The move comes as part of a modernisation of the platforms by the Westinghouse Electric Company, the American nuclear power organisation and specialist technology provider to Sizewell B. The Pennsylvania-based company operates the Westinghouse Integrated System for Centralised Operation (WISCO) on which both the Process Control and Distributed Computer Systems for Sizewell B are housed.

The Sizewell B nuclear power plant is located on the Suffolk coast and the UK’s only Pressurised Water Reactor. The plant supplies no less than 1,198 MW of electricity to the national grid and began generating power back in 1995.

As part of the upgrade of these platforms, EDF Energy has appointed CRA to ensure that reliability analyses performed by Westinghouse for the equipment upgrades meet the electricity producer’s robust reliability standards.

The work will include a full review, recommendations and an endorsement of the reliability analysis being carried out by the nuclear technology company.

Speaking about the contract win, Hugh Stephenson (principal consultant and manager of the support agreement between CRA and EDF Energy) explained to Risk UK: “We’re absolutely delighted to be working on such an advanced reliability analysis project for EDF Energy, which will be performed under CRA’s growing ‘Reliability, Availability, Maintainability and Safety’ service offering. Securing this contract is a testament to our increasing involvement in state-of-the-art reliability analysis performed to support existing and planned nuclear power plants both here in the UK and overseas.”

Founded in 2000, CRA has cultivated a strong pedigree in the nuclear sector having advised on the management of safety, risk and reliability across projects including the Magnox plant at Wylfa, all seven of the UK’s Advanced Gas-Cooled Reactors and, indeed, Hinkley Point C*.

Formed to initially focus its attentions on the nuclear sector, CRA quickly experienced growth within other industry sectors demanding the same robust safety, risk and reliability standards. Now boasting a team of 35 – and with additional staff embedded in client offices in both Paris and Lyon – the consultancy prides itself on managing safety, reliability and risk across the nuclear, rail and defence industries.

*On Thursday 29 September, the Conservative Government and EDF Energy signed the historic agreement for Hinkley Point C, which will be the UK’s first new nuclear power station for a generation. Greg Clark (Secretary of State for Business, Energy and Industrial Strategy), Jean-Bernard Levy (chairman and CEO of EDF Energy) and He Yu (chairman of CGN) have now signed the final documentation to enable Hinkley Point C to go ahead. This follows on from the Government’s decision to proceed with the project following a comprehensive review process and the drafting of a revised agreement with EDF Energy