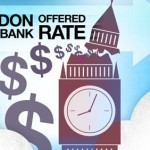 Tom Hayes, the first individual to be convicted after trial for the manipulation of LIBOR*, has been ordered to pay a confiscation order of £878,806 at Southwark Crown Court, sitting at the Central Criminal Court and the Rolls Building.

Hayes was convicted of eight counts of conspiracy to defraud in August 2015 and sentenced to 14 years in prison, later reduced to 11 years on appeal.

During the confiscation proceedings, the court was asked to consider three questions:

*Had the defendant benefited from relevant criminal conduct?

*If so, what was the value of the benefit he obtained?

*What sum was recoverable from him?

Mr Justice Cooke agreed with the Serious Fraud Office (SFO) that it cannot be known what the LIBOR would have been but for the defendant’s attempts to manipulate it.

In deciding on the scope of the criminal benefit, the Judge evaluated the extent to which Hayes’ attempt to manipulate LIBOR affected his overall trading activities and the impact this would have had on the profit/loss position of his employers and his own remuneration.

After considering the above factors, Mr Justice Cooke concluded that the final amount to be confiscated is the sum of £878,806. The total available assets are in the sum of £1,705,167.56.

Mr Justice Cooke ordered that Hayes must satisfy the order within a specified period or incur a default prison sentence of three years.

Commenting on the confiscation order, Mark Thompson (head of the SFO’s Proceeds of Crime Division) said: “The court acknowledged the challenges of quantifying the benefit from crime in this case. The SFO provided the court with all the available information and the outcome is a substantial confiscation order, which Mr Hayes will need to satisfy or face a further period of imprisonment.”

*The London Interbank Offered Rate, or LIBOR, is the average interest rate at which banks can borrow from one another. Yen LIBOR is the average interest rate at which a large number of banks on the London money market are prepared to lend one another unsecured funds denominated in Japanese yen. A huge number of investments and trades are referenced to LIBOR. These transactions involve small businesses, large financial institutions and public authorities alike as well as individuals affected by the interest rates attached to a wide range of contracts including loans, savings rates and mortgages