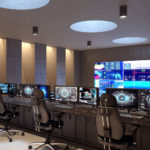 The Command and Control Room and public safety answering point (PSAP) market is expected to expand at a compound annual growth rate of 7.1% from $5.4 billion in 2015 to reach $7.6 billion in 2020. That’s according to IHS Markit, the specialist in critical information, analytics and solutions.

Major factors spurring market growth include national public safety initiatives like FirstNet and NG911 in the United States, for example, in addition to technology integration and systems interoperability, the increasing value placed on Big Data and analytics and the movement towards Control Room consolidation.

“While growth in the public safety sector – the Control Room market’s largest end user sector – has recently been stagnant, we expect strong growth over the next four years,” said Alexander Richardson, market analyst for critical communications at IHS Markit. “The Control Room market has become extremely dynamic of late, mainly because of the variety of suppliers now competing in this space and the range of technologies used within Command and Control Rooms and PSAPs.”

Although voice dispatch and other technology markets are experiencing slower growth, investment in computer-aided dispatch (CAD), geographic information systems (GIS), records management software and other systems is picking up.

In the US, for instance, a number of public safety agencies have refreshed their CAD systems over the last two years as the technologies reach their ‘end of life’ after 12 to 15 years in service. By way of comparison, in India large states are placing an emphasis on regionally integrated CAD and GIS systems in order to improve the efficiencies of emergency response.

Across industries, IHS Markit has observed a convergence in Control Room functions. Where there were once dedicated communications and Security Control Centres, operators are now seeking to combine these capabilities. The CAD system is the focal point of this movement, paving the way for the integration of various forms of data.

“It’s evident that the Control Room operator’s role is changing as more data becomes available and GIS is used to visualise the location of this information,” explained Richardson.

Big changes in emergency response are expected over the next 15 to 20 years, and particularly so in the public safety sector.