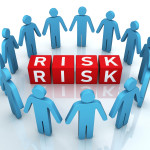 In 2015, tensions between business and politics will increase as Governments around the world pursue short-term populist measures, often to the detriment of foreign companies, in order to shore up domestic power bases

RiskMap highlights the most significant underlying trends in global risk and security, and provides a detailed view from the markets that will matter most in 2015.

Introducing RiskMap 2015, Richard Fenning (CEO at Control Risks) commented: “2015 will be a difficult year for business as the lines between what have always been considered ‘safe’ and ‘risky’ opportunities blur. Opportunities will continue to abound for ambitious international companies, but uncertain economics and volatile politics will make 2015 more than usually challenging.”

Fenning went on to state: “The US and Europe will exercise waning international influence and their leaders will need to focus more on national issues and politics. Business culture and the practices of multinational companies will meet increasing resistance from emerging powers who will want to exert more control over supply chains. For their part, national Governments will find it more difficult to protect their companies in these disputes.”

In addition, Fenning said: “Increasing technological sophistication and weak state power will combine to render the threat from cyber attack, kidnap and terrorism more severe. How one deals with the inevitable attack, as opposed to how one stops it, will become the key question.”

Fenning concluded his commentary by opining: “Global governance’s failure to deal with the above issues will continue in 2015, leaving business to navigate these pitfalls against a backdrop of continuing conflict and fragmentation of global political consensus.”

RiskMap’s assessment of political and security risk encompasses the potential negative impact on business operations through political instability and intervention and the influence of societal and structural factors as well as actions that harm the financial, physical and human assets of a company.

There are a number of key trends identified by Control Risks for 2015:

*Transnational terrorism continues to be an increasing threat. Competition for leadership of the global jihadist movement between Al-Qaeda and the Islamic State (IS) will drive further fragmentation.  IS has threatened attacks against Western countries. Terrorism in Africa (Nigeria, Mali and Somalia) will remain a local issue with terrorist groups generally unable to hold territory

*Maritime piracy remains a threat, but onshore threats of crime, corruption, labour unrest and conflict are a more impactful risk to shipping companies. Piracy in East Africa will continue to decline but West Africa will become a piracy hotspot

*Technology is changing the face of kidnapping and extortion through so-called ‘virtual kidnapping’, social media reconnaissance and cyber extortion

*Cyber threats continue to grow. Terrorists and activists are using common platforms. Weak law enforcement in many parts of the world is encouraging cyber crime. Supply chains are likely to be a more prominent target of cyber attacks

Specific regional issues highlighted in the RiskMap for 2015 are as follows:

*Russia and the West have entered a fundamentally new stage of relations. Russia’s interference in Ukraine will persist. Western businesses’ risk appetite for Russia will worsen

*China: Companies will see little relief from the Government’s anti-corruption and anti-monopoly regime in 2015. Maritime disputes in the South and East China will remain the main source of geopolitical friction. China will continue to challenge the status quo

*Iran: Negotiations may result in a further thaw with business opportunities then opening up

*Iraq and Syria: No clear chance of resolution. IS cannot be defeated by air strikes alone and no credible ground forces are available. Collapse into full-scale sectarian violence in Iraq is a real risk

*Africa’s rapid growth has outpaced political reform. Growth happens despite Government. South Africa remains unstable. The Nigerian elections in 2015 will be accompanied by violence, but a democratic result is likely

*Mexico will be more attractive than Brazil as an investment destination

Overview of what to expect in the New Year

*Tensions between business and politics will increase as Governments around the world pursue short-term populist measures, often to the detriment of foreign companies, to shore-up domestic power bases

*Multinational businesses will be challenged by a new breed of local issues, with Governments either less able or willing to exercise influence on business’ behalf

*2015 will be characterised by deflating optimism, continued conflict and widening failure of global governance to address the issues