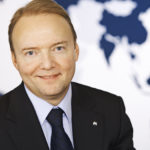 ISS, one of the leading global providers of facility services, has just announced its interim financial report for the first six months of 2017. The company reports organic revenue growth of 1.8% in H1 and 1.0% in Q2 (Q1 2017: 2.6%). Total revenue increased by 2% in H1 and Q2 (Q1 2017: 2%), driven by organic growth and a positive effect from the net impact from acquisitions and divestments, partly offset by a negative impact from foreign exchange effects.

Leverage at 30 June 2017 was 2.8x (30 June 2016: 2.5x), impacted by the acquisition of the Guckenheimer business. Capital allocation and leverage objectives “remain unchanged”.

Jeff Gravenhorst, Group CEO at ISS, said: “As we anticipated in May, our organic growth was down in Q2 compared to Q1. While the annualisation of losses and wins as well as the downsizing of some businesses were expected, we also faced some delays in contract start-ups and lower demand for non-portfolio services. The announced reduction in our future scope of services with DXC Technology is expected to come into effect from Q4 onwards. Our pipeline remains healthy and our value proposition compelling, as evidenced by recent contract wins with the National Westminster Bank, ABB and BHP Billiton as well as the extension with Barclays. Given our performance in H1 and our expectations for growth in H2, including the scope reduction with DXC Technology, we’ve narrowed our organic revenue outlook for the year from 1.5-3.5% to 1.5-2.5% within the lower half of our original range.”