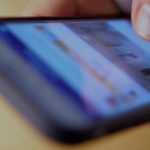 Digital secretary Nicky Morgan and Home Secretary Priti Patel have announced that the Conservative Government is minded to appoint communications watchdog Ofcom as the regulator to enforce rules designed to make the Internet a safer place. The announcement comes as the Government publishes its initial response to the public consultation on the Online Harms White Paper.

The move is part of plans to protect children and vulnerable people online and also give consumers greater confidence to use technology. It will provide the certainty technology businesses need to flourish and innovate, while at the same time creating a fair and proportionate regulatory environment.

The regulator will play a key role in enforcing a statutory Duty of Care to protect users from harmful and illegal terrorist and child abuse content. It’s another step towards achieving the Government’s pledge to make the UK the safest place in the world to be online.

Ofcom will receive new powers to carry out its extended responsibilities. This will include making sure online companies have the systems and processes in place to fulfil the Duty of Care to keep people using their platforms safe.

Nicky Morgan said: “With Ofcom at the helm of a proportionate and strong regulatory regime, we have an incredible opportunity to lead the world in building a thriving digital economy that’s driven by groundbreaking technology. A digital economy that’s trusted by and protects everyone in the UK. We will give the regulator the powers it needs to lead the fight for an Internet that remains vibrant and open, but with the protections, accountability and transparency people deserve.”

Priti Patel added: “While the Internet can be used to connect people and drive innovation, we know that it can also be a hiding place for criminals. It’s incumbent upon tech firms to balance issues of privacy and technological advances with child protection. That’s why it’s right that we have a strong regulator to ensure social media firms fulfil their vital responsibility to vulnerable users.”

The Government is setting out how different approaches to legal and illegal content will be taken and freedom of speech will be protected, as well as the businesses that are likely to be in scope. As stated, the Government is minded to legislate to appoint Ofcom and believes that, with its experience of overseeing the broadcasting and telecoms sectors, it has the expertise and independence needed to take on the challenge of regulating online harms.

The regulator will hold companies to account if they don’t tackle Internet harms such as child sexual exploitation and abuse and terrorism. The initial response also sets out decisions the Government has taken on a number of the other proposals put forward in the Online Harms White Paper.

Platforms will need to ensure that illegal content is removed quickly and minimise the risk of it appearing, with particularly robust action on terrorist content and online child sexual abuse. 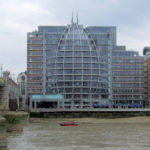 The Government will ensure Ofcom has a clear responsibility to protect users’ rights online. This will include paying due regard to safeguarding free speech, defending the role of the press, promoting tech innovation and ensuring that businesses do not face disproportionate burdens.

To protect freedom of expression, the regulations will not stop adults from accessing or posting legal content that some may find offensive. Instead, companies will be required to explicitly state what content and behaviour is acceptable on their sites in clear and accessible Terms and Conditions and enforce these effectively, consistently and transparently across the board.

The regulation will only apply to companies that allow the sharing of user-generated content (for example, through comments, forums or video sharing). Fewer than 5% of UK businesses will be in scope.

Ofcom will provide guidance to help businesses understand whether the services they provide would fall into the scope of the regulation. Business-to-business services which pose a low risk to the general public will not be in scope. A business simply having a social media presence doesn’t necessarily mean that it will be in scope.

The Government will set the direction through legislation, but decisions on processes and procedures will be taken by Ofcom. This will mean regulation is flexible and can adapt to the rapid emergence of new harms and technologies. It will be up to Ofcom to monitor new and emerging online dangers and take appropriate enforcement action. 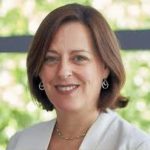 The Government will publish a full consultation response in Spring 2020. This will set out further details of the potential enforcement powers Ofcom may have. The Government will carefully consider the full impacts of this potential change both for Ofcom and to inform broader work on the regulatory landscape.

As set out in the Queen’s Speech, the Government is also developing legislation at pace and will bring it forward once Parliamentary time allows.

The Ofcom Board has also announced the appointment of Dame Melanie Dawes as its new CEO. Given that the Government will be considering the detail of this new regulatory agenda and the role Ofcom will have, and now that the new CEO is in place, the Secretary of State has indicated that the Government would like a chair to be in place who’s able to oversee the successful implementation of any changes in full.

Views of the Information Commissioner

Elizabeth Denham, the Information Commissioner, said: “This is an important step forward in addressing people’s growing mistrust of social media and online services. We all want and need digital services and appreciate how they enrich our lives, but we’re also recognising the harm they can inflict. The scales are falling from our eyes as we begin to question who has control over what we see and how our personal data is used.”

Denham also observed: “This is an opportunity for people to regain control. We look forward to continuing our close work with Ofcom and others here in the UK and around the world. As this critical debate unfolds, we will continue to use our powers, provided under data protection law, to act decisively where people’s information is misused online. We will also continue to hold organisations accountable to the people whose data they use.”

Importantly, Denham stated: “We welcome the Government’s acknowledgement of our work that’s designed to protect children online through our Age Appropriate Design Code, which will be a concrete step towards protecting children’s privacy online.”