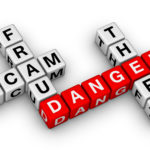 Technology is proving business’ Achilles Heel in the fight against fraud. New research conducted by KPMG reveals that, while a quarter of fraudsters use technology to “rip off” companies, only 3% of businesses detected illegal behaviour using data analytics.

In fact, 24% of technology-enabled frauds were caught accidentally, demonstrating that companies are failing to harness new methods available for fraud detection.

Alex Plavsic, head of investigations at KPMG in the UK, said: “As technology becomes more advanced, so too do the schemes to use it on a malicious basis. While it’s clear that fraudsters are all-too-comfortable using technology to perpetrate a fraud, we’re seeing little evidence that companies are doing the same in response in order to prevent it. A shockingly small number of companies have invested in threat monitoring systems and data analytics which can sift through data looking for suspicious items and help businesses uncover and question anomalous or otherwise suspicious behaviour.”

Plavsic continued: “Social media is also an important weapon in the fight against fraud, and needs to be regularly monitored by companies to uncover suspicious behaviour. Fraudsters’ urge to brag, show off assets and reveal their business connections can prove insightful as they unwittingly share too much information online.”

Effective data analytics can be used by businesses to understand patterns of behaviour and build the risk profile of employees by aggregating unusual conduct such as incomplete expenses submissions, authorisations consistently below thresholds and high levels of changes to standing payment data.

“In the fight against fraud,” explained Plavsic, “technology is very much a key enabler, but in truth it’s just one of the core elements. It relies on experienced multi-disciplinary teams of accountants, investigators and technologists working with data scientists to create the algorithms that drive fraud analytics.”

KPMG’s analysis found that companies are using traditional methods to detect fraud, and remain reliant on employees, or third parties like suppliers and customers to report suspicious behaviour. 44% of fraudsters were caught as a result of a tip-off or whistleblowing hotline, highlighting the importance of enabling individuals to feel safe in order to step forward without fear of retribution, and also giving them the means to do so.

The research, which analysed 750 fraudsters worldwide, found that the average fraudster is male, aged 36 to 55, holds a senior role in the company and has worked there for at least six years.

34% of those investigated held executive or non-executive director roles, while 32% were in management jobs. In fact, 44% of the fraudsters investigated by KPMG were able to commit fraud because they had unlimited authority, and could easily circumvent or override company controls.

“Without anyone to keep their power in check,” outlined Plavsic, “these executive fraudsters can commit high value fraud and remain undetected for a significant amount of time. They pose a double threat to their employer. Not only can they use their authority to override controls, but they can also order employees to perform tasks to assist or cover their misdeeds, making them harder to detect. Due to their seemingly limitless powers, senior fraudsters also tend to be more damaging. 34% of their frauds cost companies $1 million or more, compared with 18% for fraudsters that had more limited degrees of authority.”

The existence of weak controls within businesses remains a growing problem. KPMG’s research reveals that cash-strapped companies are failing to invest in stronger anti-fraud controls, leaving them vulnerable to opportunistic white collar criminals. In 61% of cases, weak internal controls in a business presented an opportunity for fraud. That’s compared with 54% in 2013.

Profile of a typical fraudster

*Male (79%) and holds a senior position. 34% are executives or non-executive directors. 32% are managers

*Has been with the company for at least six years (38%)

*Personality traits: autocratic (18%) and possesses a sense of superiority that’s far stronger than a sense of either fear or anger

*Is likely esteemed, with 38% of fraudsters being described as well-respected in their organisation

The most common ‘white collar’ fraud unearthed by KPMG’s research was the misappropriation of assets (ie embezzlement and procurement fraud) which was committed by 47% of fraudsters investigated.

Fraud is more frequently perpetrated in collusion with others than alone (62% against 38% respectively).

Women were less likely to collude: only 45% of the females colluded with others compared to 66% of males.

*The survey is based on a questionnaire asking KPMG forensic professionals around the world for details about the fraudsters who were investigated between March 2013 and August 2015. The professionals filled in a detailed questionnaire on each fraudster after investigating the case at the invitation of the company affected. The investigation frequently involved interviewing the fraudster, helping KPMG to form a detailed picture of the perpetrator and the fraud committed. This report is based on an analysis of 750 fraudsters in 81 countries, not fraud cases (some cases involved more than one fraudster). In 2013, the total was 596 and, in 2010, it was 348