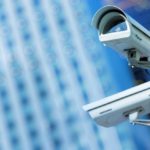 Tony Porter QPM LLB, the Surveillance Camera Commissioner for England and Wales, has launched a consultation document on a draft national surveillance camera strategy that’s designed to help keep people safe in public places while respecting their right to privacy.

The proposed strategy aims to provide direction and leadership within the surveillance camera community to enable system operators to understand Best Practice and their legal obligations – such as those contained within the Data Protection Act 1998 as well as the Private Security Industry Act 2001 – and then apply that understanding to demonstrate compliance with the principles of the Surveillance Camera Code of Practice and any other associated guidance.

The Commissioner’s strategic vision is: ‘Members of the public are assured that surveillance cameras in public places are there to keep and make them feel safe, and that those cameras are deployed and used responsibly as well as transparently in a manner which is proportionate to their legitimate purpose.’

The new strategy has been divided into ten key work strands, each of them to be led by a sector expert. Objectives have been developed for each strand, with a supporting delivery plan setting out specific actions and outputs which contribute towards achieving the strategic mission. Delivery plans will be completed and published in 2017.

The Commissioner is consulting on the draft strategy (which can be accessed here: https://www.gov.uk/government/consultations/draft-national-surveillance-camera-strategy-for-england-and-wales) for six weeks. Individuals can respond to the consultation via the Commissioner’s website. 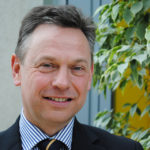 Speaking about this latest development, Tony Porter explained: “This draft strategy has been ten months in development. I’ve been working with a group of industry experts to get it into shape, and now we’re ready to consult on it. I welcome views from anyone, whether they’re an expert in the industry or a member of the public. The strategy is designed to benefit them all so their input will be invaluable towards making sure that the document meets their needs when we begin work on delivering its objectives next year.”

The surveillance camera sector is massive and is an industry that will continue to grow. In 2015 alone, there was a reported £2,120 million turnover in the UK for video and CCTV surveillance equipment.

The most recent estimates suggest that there are between four and six million CCTV cameras in the UK. That figure doesn’t include body-worn video cameras, Automatic Number Plate Recognition cameras or Unmanned Aerial Vehicles (ie drones).

Pleasingly, 85% of local authorities have shown due regard for the Surveillance Camera Code of Practice by completing the Commissioner’s self-assessment tool.

Organisations such as Transport for London and Marks and Spencer have voluntarily adopted the Code, with the latter also achieving the Commissioner’s third party certification against the Code.

M&S is the first retailer to achieve this certification following a successful application and audit by the Security Systems and Alarms Inspection Board (SSAIB), which is one of the Commissioner’s approved certification bodies.

Protecting its customers and people by providing a safe and secure shopping and working environment is of crucial importance to M&S. The business realised that adopting the Surveillance Camera Code of Practice would provide transparency and consistency throughout its operations. 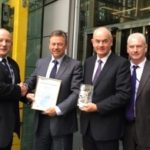 Complying with the Code has provided many benefits for M&S, including cost reduction through value management and rationalisation of its CCTV systems against both need and purpose. Further benefits can be obtained through a reduction in installation programmes, which reduces cost and disruption to operations on site for the retailer.

Compliance has been implemented throughout the organisation from head office to distribution centres to retail stores. Implementation has improved quality measurement, and is fully supported by a comprehensive audit and review programme.

In addition, the certification has raised the profile of CCTV and security within M&S. It’s an important source of operational information, and the increased awareness of M&S’ CCTV capability, together with the quality of its CCTV solutions, has duly resulted in managers being more willing to use the data generated to help them realise operational and commercial benefits.

Both M&S and FOUR Security Consultants hope this outcome will inspire other retailers to achieve certification and subsequently improve standards of CCTV operation throughout the retail sector.

Clint Reid commented: “We’re pleased to continue our partnership with FOUR Security Consultants. We’re also optimistic about the potential improvements in protecting our people and working environment that gaining this CCTV certification will realise.” 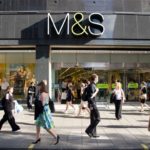 Brendan McGarrity, head of FOUR Security Consultants, added: “We praise the vision and tenacity of Clint and his team in realising the importance of gaining certification and the hard work they’ve put in on this project to achieve that goal.”

Tony Porter concluded: “For a retailer of Marks and Spencer’s size to achieve full certification against the Surveillance Camera Code of Practice is no mean feat at all. The company isn’t required to comply with the Code and has done so voluntarily, which makes this outcome all the more impressive. Working with FOUR Security Consultants and the SSAIB, the business has been able to demonstrate compliance with the Code across its vast estate. If an organisation of this size can achieve certification, there’s no reason why any other business cannot and should not do so.”