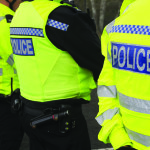 From 22-26 June, almost 800 foreign crime suspects were arrested in Great Britain as part of a national crackdown on overseas criminals. The ‘fourth edition’ of Operation Trivium witnessed police officers from Romania and Lithuania – as well as Dutch police representatives and those from Europol – join their UK counterparts at the operation’s Command and Control Centre in Birmingham as part of a determined and sustained purge on Foreign National Offenders.

Nationally, almost 800 individuals were arrested – including those wanted on European arrest warrants for serious crimes in their home country – but that figure is expected to rise as the police services involved continue filtering through their results.

West Midlands Police hosted the ‘continental cops’ at its event control suite in Edgbaston which acted as a national Command and Control Centre for forces at home and abroad requesting intelligence on suspects.

Such was the success of the campaign that organisers are already in discussions with Europol about expanding the scope of future events and bringing in officers from even more European countries to participate.

Superintendent Paul Keasey, who led the operation, said: “Trivium is now an established national operation with proven results of netting foreign criminals in the UK while at the same time showing that borders are no barrier to justice. We’ve built a platform to develop Trivium. We hope to run Trivium again later this year and in subsequent years. We’re now talking with Europol representatives about bringing in other European police colleagues when we do so. The scope and potential is very exciting indeed.”

The arrests and the statistics

During Operation Trivium, across the piece no less than 8,440 vehicles were stopped of which 616 were seized. 797 people were arrested. Those individuals included:

*a Polish national arrested by Lancashire Constabulary on a European arrest warrant for sex offences against a five-year-old. The man is now returning to Poland in order to complete a two-year prison sentence

*a vehicle under surveillance because of suspicions of money laundering and which was stopped by Cheshire Police. £40,000 – believed to be the proceeds of crime – was recovered from the vehicle and two people are now in custody

*Lithuanian Robertas Miklusis – wanted in Nottingham for running a cannabis farm – was arrested at Birmingham Airport on Saturday 27 June while attempting to leave the country. The 30-year-old, who holds previous convictions in his home country for robbery, was handed over to Nottinghamshire Police for questioning. Border control officials will now probe concerns over his passport

Making a difference in the fight against crime

Chief Constable Suzette Davenport, the National Police Chiefs’ Council’s Lead for Roads Policing, said: “Now on its fourth deployment, Operation Trivium has once again shown how, as a result of working in partnership with its European colleagues, the British police service can make a real difference in the fight against foreign national offenders and, in particular, those using our road network.”

Davenport added: “This impressive set of results highlights the vigilance, hard work and dedication on the part of those officers involved with Trivium. It’s to their great credit that a wide range of criminals have had their activities disrupted, not least those seeking to use the UK to hide from European arrest warrants in their home countries.”

In conclusion, Davenport stated: “I wish to pay tribute to the unswerving commitment of our police officers and NCA officers at home, as well as colleagues from Lithuania, Romania, Holland and those serving with Europol who have all made an invaluable contribution to the success of this operation. They’ve helped keep our communities safer.