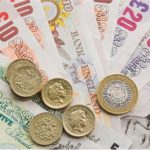 Two City traders have been sentenced for conspiring to defraud a Russian bank of more than £141 million in a series of complex frauds following an investigation conducted by the City of London Police’s fraud teams. Georgy Urumov, 37, of Greenberry Street, London NW8 was sentenced to twelve years imprisonment and Vladimir Gersamia, 33, of Kinnerton Street, London SW1 to seven years behind bars after being found guilty of multiple fraud offences following a four-month trial at Southwark Crown Court.

Yulia Balk and Alessandro Gherzi were found not guilty.

The complex nature of the fraud presented a challenge for investigators, but through painstaking analysis of financial transactions, prosecutors and investigators were able to outline the individual roles played by the two defendants.

The first part of the fraud was carried out between 2010 and 2011 when Urumov transacted work on behalf of a Russian-owned company, namely Otkritie Securities Limited, and manipulated the firm into paying them approximately $25 million (£20 million) under the false impression it would be distributed to others also joining the firm. In the event, Urumov held on to the majority of the money.

Thereafter, further frauds were committed by trading financial products called Argentinian Warrants and fooling their employer into purchasing the Warrants from other conspirators for four times their value. They then pocketed the difference and transferred their gains to bank accounts outside of the UK.

Gersamia, an employee of investment management company Threadneedle Asset Management, played his part by covering up the frauds being committed by Urumov.

By manipulating the trade in financial products in this way, the defendants stood to gain in excess of a further $150 million (£121 million).

Money defrauded was then moved between numerous accounts in countries across the world, including the Caribbean, Switzerland and eastern Europe in an effort to cover up its origins. The money was also used to purchase a £19 million property in London’s St John’s Wood.

Confiscation proceedings have been initiated to recoup the money.

Detective Superintendent Maria Woodall of the City of London Police said: “These men were respected figures in their industry who defrauded their employers of vast sums of money. They went to great lengths to try and launder the money by using the international banking system. I would like to thank the banks involved in this case for their co-operation. I would also echo the Judge’s praise for the dedication and commitment of the lead investigator, Detective Constable Barry Ryan, for bringing this case to its successful conclusion.”

Alistair Dickson, specialist prosecutor in the Crown Prosecution Services’ Specialist Fraud Division, explained: “These men were successful traders, earning very generous salaries and large bonuses, but that wasn’t enough for them. Motivated by greed, they went about defrauding their employers of eye-watering sums of money using a variety of sophisticated methods.”

Dickson continued: “Due to the international scale of this fraud, the prosecution team considered millions of pieces of evidence and made arrangements to call witnesses from across the world in order to present a compelling case to the Jury. The assistance of both Otkritie Securities Limited and Threadneedle Asset Management in providing evidence to the police was crucial. This complex prosecution couldn’t have gone ahead without their support.”

The case was investigated as part of the City of London Police’s role as the lead force for examining suspected fraud.