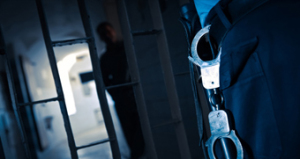 Detectives from the City of London Police’s dedicated Intellectual Property Crime Unit have arrested three individuals in morning raids and seized more than 1,500 suspected fake goods as part of a crackdown on counterfeit goods being sold online in the lead-up to Christmas.

The operations that took place on Tuesday 9 December form part of the force’s current ‘12 Online Frauds of Christmas’ campaign which has been rolled out across the country to protect millions of people from falling victim to cyber fraudsters.

Upon searching the man’s home, officers found and seized around 1,500 suspected fake watches from a range of top designer brands which, if sold at the genuine retail price, are worth around £1 million.

With support from Leicestershire Police, the man was taken to a police station for questioning and later released on bail until May 2015.

In Leeds, the unit arrested a 26 year-old man and a 28 year-old woman at two residential addresses following a referral from the Anti-Counterfeiting Group, a trade organisation representing rights holders in the branded goods sector.

The man and woman are suspected to be two of the UK’s top sellers on social media for counterfeit designer goods. Approximately 150 suspected fake goods were seized from the two properties including designer shoes, handbags, clothes and watches.

The individuals concerned were taken to local police stations for questioning and cautioned by officers.

Sending out a strong message

Detective Chief Superintendent Dave Clark said: “The action taken by the PIPCU sends out a strong message to anyone thinking of selling or buying fake goods that the police take this issue very seriously.”

DCS Clark added: “Counterfeit goods are cheap and shoddy versions of the original and the public need to be aware that they are potentially putting themselves at risk by buying them. Not only can fake goods such as cosmetics or electrical items pose a risk to your health but, if you buy any counterfeit items online, you risk having your computer infected with viruses and malware or your financial details being compromised.”

He concluded: “We would urge anyone who thinks they have unknowingly bought counterfeit goods this Christmas to report it to Action Fraud on 0300 123 2040 or online. Don’t forget… If you believe someone is selling counterfeit goods, you can report it anonymously to the charity Crimestoppers.”

Tim Mascall, director of the Intellectual Property Crime Unit, stated: “The success of these raids once again shows the value of having a dedicated police unit to co-ordinate the fight against intellectual property crime. The City of London Police’s anti-counterfeiting initiative in the run-up to Christmas is a timely reminder of the serious and insidious nature of product counterfeiting. It’s important for us all to remember that this is not the victimless cottage industry the counterfeiters would have us believe, but rather a well-organised international criminal enterprise often with links to other types of serious crime.”