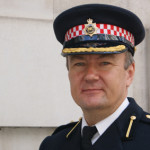 Ian Dyson QPM, Commissioner of the City of London Police, has called on organisations throughout the UK to join the fight against cyber crime by joining the Global Cyber Alliance (GCA).

The GCA was established in September last year, having been co-founded by the City of London Police, the District Attorney’s Office New York (DANY) and the Centre for Internet Security (CIS). The GCA is an international, cross-sector effort designed to confront, address and prevent malicious cyber activity.

While most efforts at addressing cyber risk have been industry, sector or geographically specific, the GCA is unique as it looks to tackle the worldwide threat.

Commissioner Dyson commented: “Cyber crime requires a different approach to traditional crime in mitigating the risks, and this is one of the reasons that the Global Cyber Alliance has been created. It’s a not-for-profit organisation that allows law enforcement, industry and academia from around the globe to partner with each other in tackling some of the biggest cyber risks affecting us now and in the future.”

Commissioner Dyson continued: “The threats we face in the City of London are the same as those faced by all major financial centres. It’s by working together that we can protect people and business.”

While the City of London Police is one of the co-founders of the GCA, this isn’t a law enforcement unit, but an independent organisation which is at the heart of a global alliance between all who are affected by cyber crime.

For the first time, the GCA will provide an opportunity to work together in terms of sharing knowledge and expertise to combat cyber crime through the most appropriate solution.

With Cyber Security Strategic Action Centres (CSAC) already operational in New York and London, the GCA is now able to bring global experts together to identify and prioritise the risks and develop the most appropriate solutions.

According to the latest figures issued within the British Crime Survey of England and Wales, last year alone there were an estimated two million cyber crimes, along with five million frauds of which 70% were cyber related. Analysis shows that organisations of all sizes and in all sectors are vulnerable to attacks.

The GCA is currently prioritising the cyber risks that the organisation will target throughout 2016-2017. For each risk identified, the GCA will develop a dedicated Task Force of specialists to help develop and implement the solutions to the identified risks.

The GCA has offices within the Square Mile to ensure it’s at the very heart of London’s business centre.

*If you’re interested in becoming a partner of the GCA or finding out more information about the organisation then visit the website: www.globalcyberalliance.org